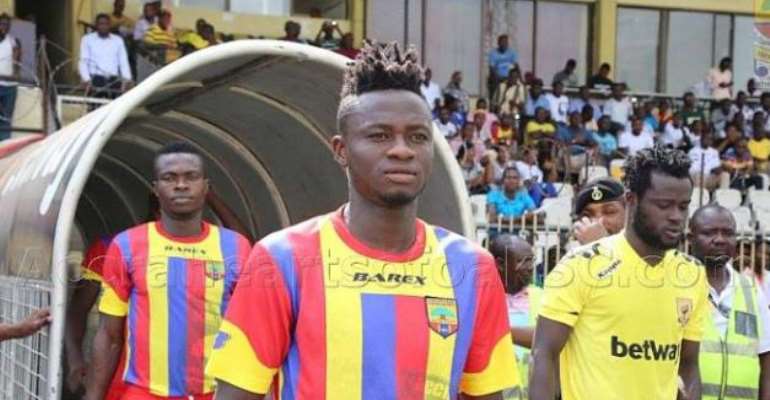 Fatawu Mohammed, skipper of Hearts of Oak, has reiterated that his side are not prepared to lose their home invincibility when they welcome arch-rivals Asante Kotoko in the semi-finals of the ongoing GFA Normalisation Committee Special Competition Tier 1 on Sunday at the Accra Sports Stadium.

After withdrawing from the competition, Asante Kotoko have rescinded their decision and have pledged to honour the match.

The Phobians are unbeaten in the ongoing competition at their home grounds.

However, Asante Kotoko has vowed to end the unbeaten run of Hearts on Sunday but Fatawu said the Phobians were poised to maintain their unbeaten record and as such were putting in the necessary work to make sure that they came out victorious on Sunday.

“Day in, day out we are working hard in training towards the game against Kotoko. It’s not going to be an easy game obviously, but we have a good squad and I believe we are going to get the job done on Sunday,” he assured.

“Since the beginning of the tournament, we have vowed never to allow any team to come and beat us at the Accra Sports Stadium and we have stuck to that promise ever since, so on Sunday we are going to improve on that impressive home record by winning and qualifying to the final,” the skipper emphasised.

Coach Grant is currently building a youthful side that is playing well in the competition.

Fatawu, who is expected to lead his team on Sunday, says his outfit boasts of players such as Christopher Bonney, Daniel Kodie and Malik Akowuah, graduates Michelle Sarpong and Manaf Umar, William Dankyi, Joseph Esso and others who can win the game.