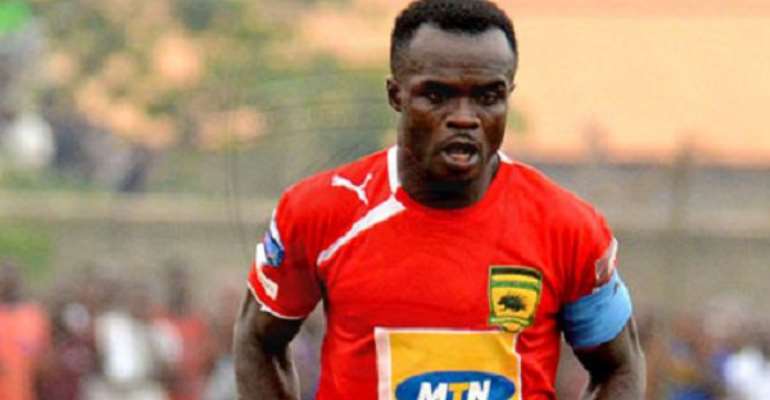 Asante Kotoko have vowed to end the invincibility of arch-rivals Accra Hearts Oak when they clash in the semi-finals of the Normalisation Committee (NC) Special Competition Tier 1 at the Accra Sports Stadium on Sunday.

The skipper of Kotoko, Amos Frimpong, has declared that his side is ready to eliminate the Phobians at home on Sunday as they target playing in next season’s CAF Champions League.

Frimpong told the Daily Graphic in an interview that Kotoko were committed to winning in Accra, which he described as ‘home’ to the Porcupine Warriors.

“Hearts have been playing good football at home in the competition but we are determined to stop their unbeaten run.

“We are coming in strongly to win against Hearts and build upon our hopes of making it to next season’s CAF Champions League,” he said.

However, the 27-year-old defender stated that they were not affected by the club’s management’s initial decision to pull out of the game and reiterated their desire to prove a point on Sunday.

The big match stirred controversy when Kotoko pulled out due to the FA’s decision to allow Hearts play at home, aside from awarding them 40 per cent share of the gate proceeds, with their rivals getting 30 per cent.

The FA has since agreed to give Hearts and Kotoko 40 per cent each, compelling Kotoko to rescind their decision.