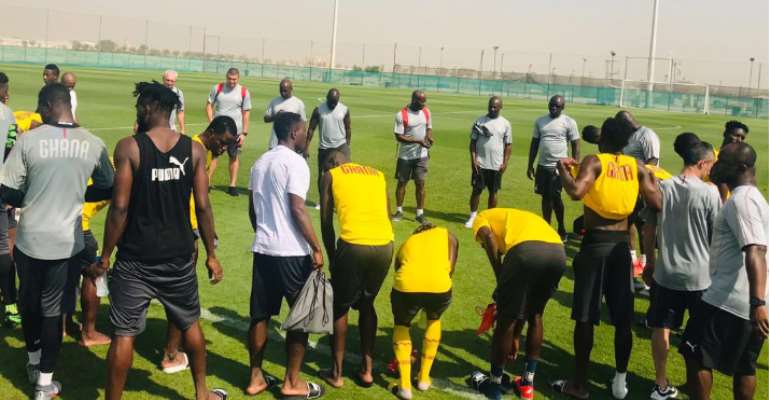 Coach Kwesi Appiah will use his starting team against South Africa in their friendly encounter on Friday.

Some players were given the chance against Namibia on Sunday despite the defeat before the final 23 man squad was named on Monday evening.

Kwesi Appiah is expected to parade his best players for the final friendly against the Bafana Bafana in Dubai.

Ghana have been handed an opening game at the 2019 Africa Cup of Nations tournament against Benin.

The Black Stars have also been paired with defending champions Cameroon, Benin and Guinea Bissau in Group F.

The team is expected to land in Egypt on June 20 and will play their opening match against Benin on June 25 at the Ismailia Stadium.

Below is the final 23-man squad selected for the tournament: