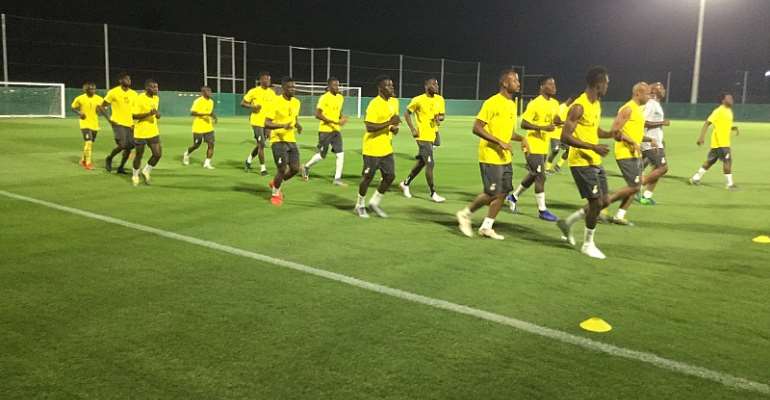 With just 9 days to the start of the 2019 Africa Cup of Nations (AFCON) tournament set to be hosted in Egypt, updates from the camp of the Black Stars has indicated that there are no injury concerns with the team having stepped up preparations.

This follows the team’s return to training at the Jebel Ali training facility in Dubai on Tuesday having lost to Namibia in a friendly match on Saturday, June 9, 2019.

There are currently 23 players in camp who are gearing up for the continental showdown later this month. Earlier today the team held their morning training session and will hold another one later in the evening.

Coach James Kwesi Appiah’s final squad appears to be in perfect condition despite engaging in high-intensity training twice a day. According to reports, every player is fit and in good shape and will be ready for the tournament when it comes around.

The team is expected to stay in Dubai for the next two weeks where they have planned to play one last friendly match with the Banyana Banyana of South Africa.

At the group stage of the tournament, they are set to face defending champions Cameroon, as well as Benin and Guinea Bissau.