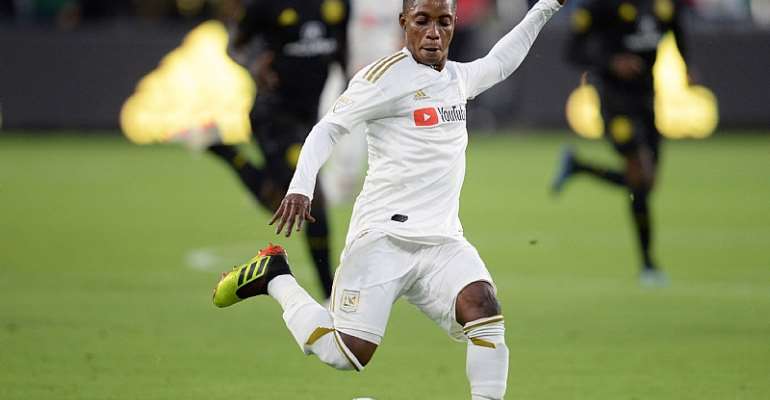 Ghanaian International Latif Blessing impressed for his MLS side Los Angeles FC on Tuesday as they dispatched Real Salt Lake 3-0 in the fourth round of the US Open Cup to advance to the next stage.

The former Liberty Professionals goal-getter was at his best once again as he put up an outstanding performance to help his side see off their opponent.

Experienced attacking midfielder Carlos Vela gave the victors the lead as early as the 8th minute. They could not add to the tally resulting in the first half ending 1-0 for the home side.

Fifteen minutes after resuming the second half, Lee Nguyen added the second goal to give LAFC a comfortable lead. In the dying minutes of the match, former Hull City Striker Adama Diamonde cemented the win with the third goal of the match.

Los Angeles FC’s performance in the Western Conference this term has seen them leading the division. Their opponent for the next round is expected to be unveiled by the end of Thursday.

Latif Blessing joined is expected to feature for LAFC in the next round as they seek to win silverware at the end of the campaign.