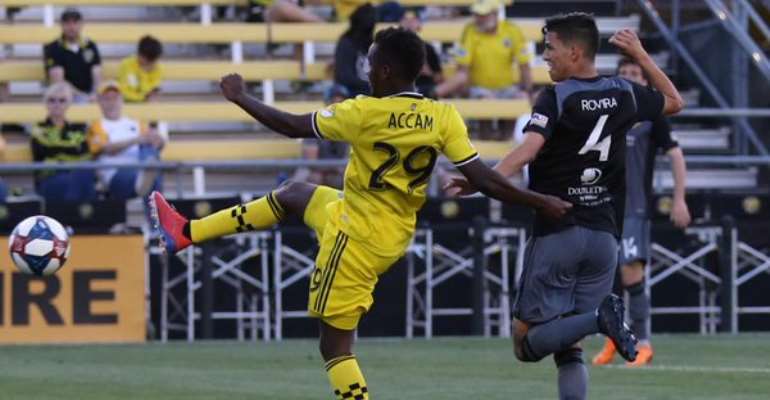 Ghanaian International David Accam opened his goalscoring account for MLS side Columbus Crew in their 1-0 win over USL Championship side Pittsburgh Riverhounds in the US Open Cup on Tuesday.

The player who joined Columbus Crew recently after impressing for his former employers Philadelphia Union scored the only goal of the match to help his team advance from the fourth round of the competition.

Just around the 56th minute mark, the Ghanaian attackers showed good movement with a good run into the 18-yar box where he received a beautiful chip pass from winger Pedro Santos. He then flicked the ball pass the approaching goalkeeper to ensure his side emerged victorious.

Having scored for the first time for his new team, he is expected to bang in more goals if his past records in the USL is anything to go by.

In the same match, fellow Ghanaian compatriot, Harrison Afful returned from injury to feature for the side for the first time in 9 weeks.

The two played has missed out on the Ghana squad going to this year’s Africa Cup of Nations (AFCON) tournament and will have to watch their colleagues from home.