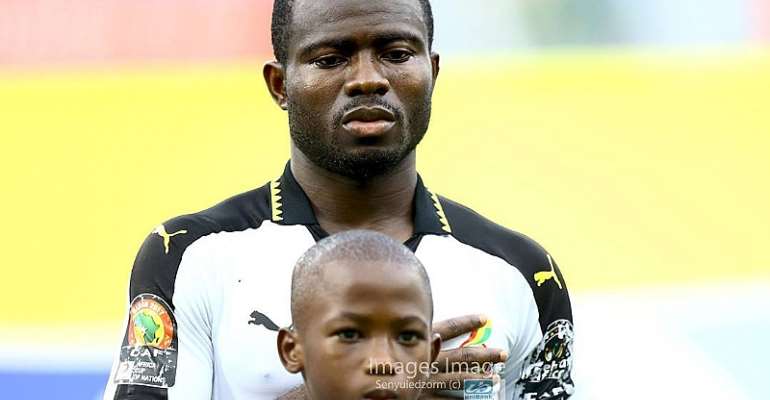 South Africa will be counting on their superb defensive record as they look to escape the Group of Death after being pooled with Morocco, the Ivory Coast and Namibia.

However, they’ll have to do so without the Kaizer Chiefs stopper Khune, who was ruled out due to shoulder problems.

Defensively, it’s a massive blow for Bafana, while Khune’s pinpoint kicking is also a major offensive asset for Stuart Baxter’s side.

Joel Matip
Matip has come into his own at Liverpool this season and ends the campaign as the first choice to partner Virgil Van Dijk, having begun the campaign as a fourth-choice centre-back.

The defender ended the year with a Champions League winner’s medal, having shone in the Reds’ final victory over Tottenham Hotspur, but has refused to end his international retirement to join Cameroon’s campaign.

Eric Bailly
The Ivorian centre-back was ruled out after damaging his knee ligaments following a collision with Mateo Kovacic as Manchester United drew 1-1 with Chelsea in Premier League action.

While his Red Devils career has taken a turn for the worse, 2015 winner Bailly is a key man for the West Africans, and will be missed in Egypt.

It remains to be seen who the Elephants will turn to partner Wilfried Kanon in defence.

Nicolas Nkoulou
Like Matip, Nkoulou has opted to stay away from the camp and remains in international retirement as the Lions head to Egypt to defend their title.

While the former Olympique Lyonnais man hasn’t quite enjoyed Matip’s success this term, he’s impressed at Torino in Serie A and represents a significant absence.

Crucially, Nkoulou also has experience of winning the Nations Cup, having scored in the final victory over Egypt in Libreville in February 2017.

Faouzi Ghoulam
The Algeria international finally appears to have come to the end of his injury misery, although his 16 Serie A appearances this term weren’t enough to force his way back into the Fennecs’ plans.

While the North Africans may believe they have enough quality at full-back to do without the Napoli man, Ghoulam’s experience could have been a valuable asset in Egypt.

Alfred Duncan
Injury has cost Duncan a spot at the Nations Cup, with the Sassuolo man one of several Ghanaians playing in major European leagues to miss out on the tournament.

Jeffrey Schlupp, Daniel Amartey and Nicholas Opoku could all have made this team, having been ruled out through injury, while Waris Majeed was cut from the squad at the death.

Yves Bissouma
Bissouma will miss the upcoming Africa Cup of Nations owing to a fractured shoulder.

The Brighton midfielder was selected in Mali’s provisional squad and was slated to join up with the side at their training camp in Kabala, Bamako.

Having caught the eye during the 2017 tournament, Bissouma had the potential to be a key man for the Eagles as they look to escape from Group B.

Keagan Dolly
The Bafana winger has been ruled out of the tournament with a groin injury, having previously been named in South Africa's provisional Nations Cup squad.

According to Bafana's medical team, Dolly had no chance of recovering in time for the continental tournament, which will be staged in Egypt later this month, although he could realistically have returned for the knockouts.

Dolly represents a significant loss, with South Africa’s attacking unit having come in for criticism over the last 18 months.

Gervinho
One of the most high-profile omissions from the Nations Cup, Gervinho wasn’t included in Ibrahim Kamara’s Ivory Coast squad despite returning to form in some style at Parma this term.

The forward scored 11 goals in 30 Serie A appearances—more than Wilfried Zaha managed in the Premier League—and his experience could have been vital in an Elephants side looking to bounce back from the disappointments of recent years.

Despite Zaha’s absence, the West Africans are well stocked in the attacking department and could be one of the dark horses for the title.

Ishak Belfodil
Injury concerns have cost Belfodil a spot in Algeria’s squad, and while they—like the Ivory Coast—have plenty of attacking options, they don’t have too many players in quite as good form as the Hoffenheim man.

The 27-year-old ends the season with 16 Bundesliga goals and has entered a purple streak since mid-February.

He scored his first career hat-trick against Augsburg in April and could have been a superb option for Algeria—either off the bench or as a starter—at the Afcon.

Frank Acheampong
There’s no injury explanation for Acheampong’s absence, and he’s a baffling exclusion considering his form in China.

Acheampong, one of Ghana’s best players at the last Afcon, hasn’t featured for the national side since the draw with Iceland, but played in 50% of Appiah’s first 10 matches back and has eight goals/assists in his last 12 league games for Tianjin TEDA.

It’s a mystery why such an able and—critically—versatile talent has been left at home.