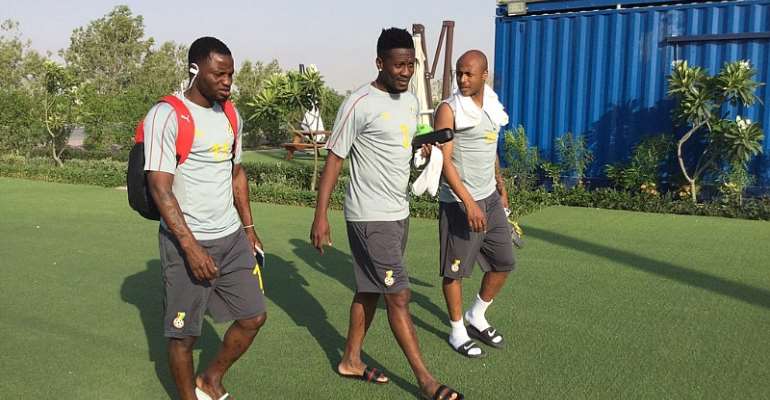 Chairman of the Normalization Committee of the Ghana Football Association, Dr Kofi Amoah has reiterated that Andre Ayew and Asamoah Gyan are working tirelessly to ensure the country end its 37 years trophy drought.

The team is currently in the United Arab Emirates as they prepare for the 32nd edition of the Africa Cup of Nations in Egypt.

Ghana are struggled to win Africa's finest tournament after winning the ultimate in 1982 in Libya.

However, the team have been charged to win the upcoming tournament in Egypt.

Ghana lost to Namibia in a warm-up game on Sunday afternoon at the Jeber Ali Training Centre but will play South Africa in their final warm-up game.

However, Dr Amoah says the defeat the team suffered on Sunday is good for the team insisting the unity at the camp of the team is strong with the captain and the general captain working together to win the Africa Cup of Nations.

"The players are happy with the tour so far and the internal unity is very strong," he told Asempa FM.

"Asamoah Gyan and Andre Ayew are working hard to make sure Ghana win the Africa Cup of Nations.

"The Namibia friendly was good for the team because Kwesi Appiah used that match to access the players and as it stands, we all know the way forward," he added.

Coach Kwesi Appiah has named his final squad for the upcoming tournament in Egypt.

Ghana will play their first match June 25 at the Ismailia Stadium against Benin.

The team will land in Egypt on June 20.