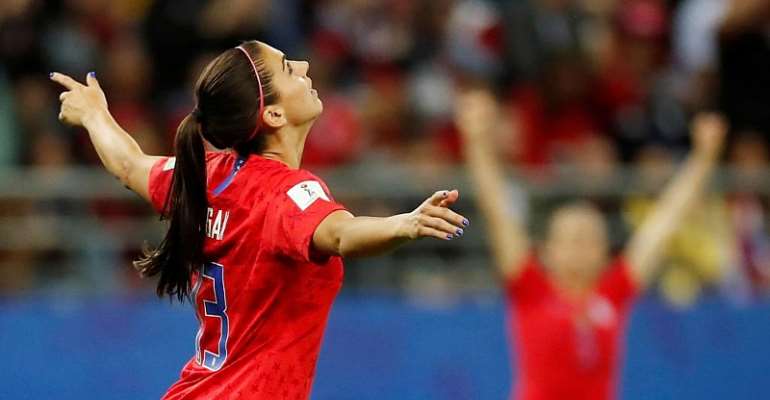 The United States began the defence of their World Cup crown with a 13-0 destruction of Thailand.

The Americans hit back after at suggestions they could have eased up and saved 34th-ranked Thailand from complete humiliation.

"This is a world championship so every team that is here has been fantastic to get to this point. To be respectful to opponents is to play hard against opponents," said coach Jill Ellis.

"Our players were waiting for this moment and they were really disappointed," said Thailand coach, Nuengruethai Sathongwien. "We don't have any excuse and we accept that they are better."

Sweden kicked off their World Cup campaign on Tuesday night with less of a goalfest. Kosovare Asllani and Madelen Janogy scored for the Scandanavians in the second-half after play was suspended for 40 minutes due to a violent storm.

"The interruption definitely upset us. We didn't want it to end 0-0, so we wanted to come back out and decide the game and I think we deserved the three points," said Asllani.

In Tuesday's other match, in Group E, the European champions the Netherlands beat New Zealand 1-0. Jill Roord scored the winner in stoppage time.