‘I Will Not Speak’ – Ronaldo Annoyed By Ballon d’Or Question 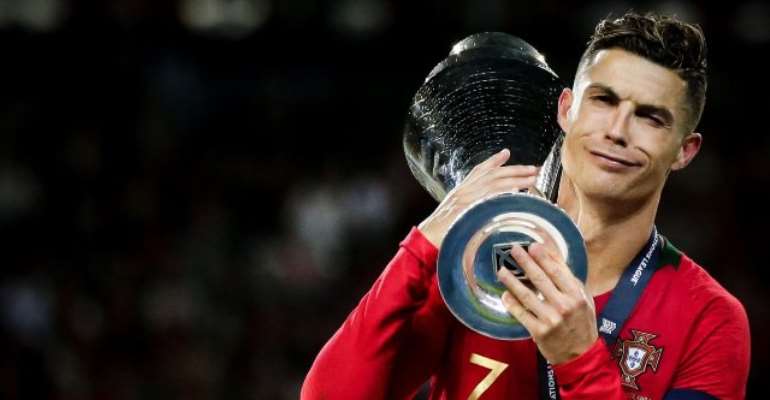 Cristiano Ronaldo was in a tetchy mood in the mixed zone despite Portugal’s triumph in the UEFA Nations League final.

The forward captained his side to a 1-0 success over the Netherlands in Sunday’s match, fuelling suggestions that he is back in the frame for the Ballon d’Or.

However, the 34-year-old was not prepared to field questions about it from reporters, rightly preferring to focus on his nation’s victory in the inaugural tournament.

He laughed off the first attempt to get a comment, before becoming irritated at a second request, saying: "No, I will not speak about the Ballon d’Or."

Ronaldo bagged a hat-trick in the semi-final win over the Swiss, while he helped Juventus to another Serie A title. Virgil van Dijk and Lionel Messi are the favourites for the award.

Akufo-Addo commences process to remove Anin-Yeboah over $5m ...
41 minutes ago