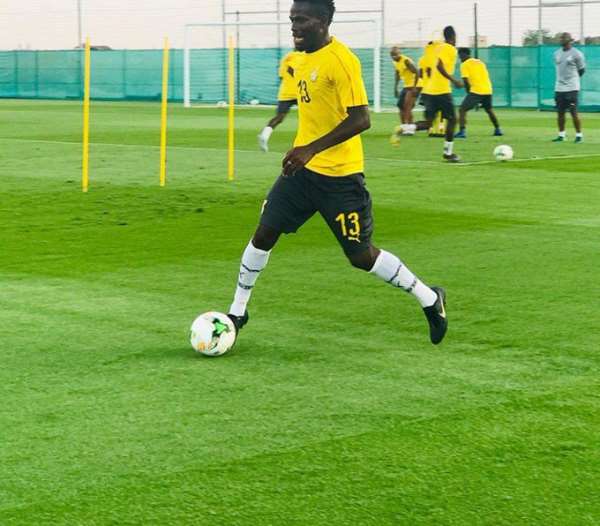 The promising forward was one of the locally based players in the provisional squad could not make the cut after a week of intensive training in Dubai.

Coach Kwesi Appiah handed the 24-year old the opportunity to justify himself in a friendly against Namibia but the former Inter Allies man failed to impress the technical team.

"First of all, I am disappointed with myself. I should have worked hard maybe I will say that," he said after the final squad was named.

Despite the disappointment of missing out on the final 23, Fatawu thanked the team and wished them the best ahead of the continental championship.

"I will say big thanks to the coach and everyone for inviting me to the national team because we have a lot of players out there and I was able to make it to the 29. I am grateful and I am not going to give up.

"I have to go home and work hard, maybe next time I will get a call-up and I am not giving up. It's not over yet because I have to still fight and come back strong. I believe in myself that I will come back stronger."

Porto forward, Abdul Majeed Waris, Hearts of Oak's Mohammed Alhassan and Yaw Yeboah of Numancia were the other players to be dropped by coach Kwesi Appiah.

The 23-man squad is expected to leave Dubai for Egypt on June 20th for the Nations Cup.

Ghana are in Group F alongside Cameroon, Benin and Guinea Bissau and will play their first match on June 25 at the Ismailia Stadium against Benin.