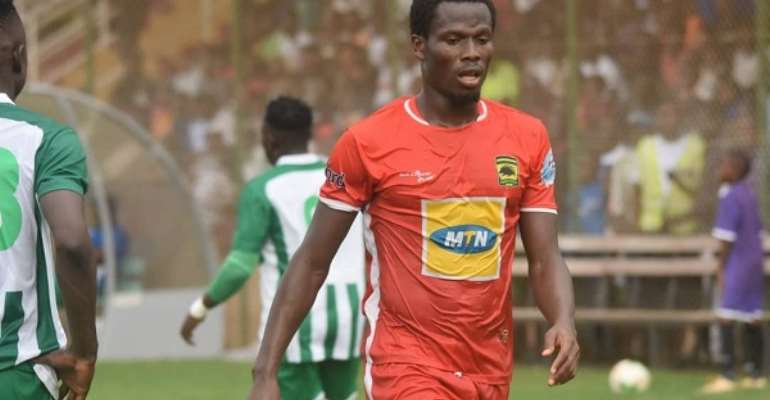 Kumasi Asante Kotoko forward, Abdul Fatawu Safiu has shared that he is confident he will get future call-ups into the National team following his axing from the final Black Stars squad for the 2019 Africa Cup of Nations (AFCON).

His comments come on the back of the announcement of the final squad yesterday by head coach James Kwesi Appiah. Amongst the 23 players, just one player from the local league made it into the team.

Whiles Felix Annan has been included in the team, compatriot Abdul Fatawu and Hearts defender Mohammed Alhassan missed out and will watch the tournament from home.

Speaking to journalist, Abdul Fatawu Safiu noted that he is particularly disappointed in himself for not making the final cut. According to him, he could have worked harder to merit a spot in the final team.

“First of all, I am disappointed with myself. I should have worked hard maybe I will say that," he said after the final squad was named”, he said.

He further thanked Coach Kwesi Appiah and the other people he worked with during his one week stay at the Black Stars camp whiles citing that he is going to fight his way back into the team.

“I will say big thanks to the coach and everyone for inviting me to the national team because we have a lot of players out there and I was able to make it to the 29. I am grateful and I am not going to give up”.

“I have to go home and work hard, maybe next time I will get a call-up and I am not giving up. It's not over yet because I have to still fight and come back strong. I believe in myself that I will come back stronger”, he indicated.