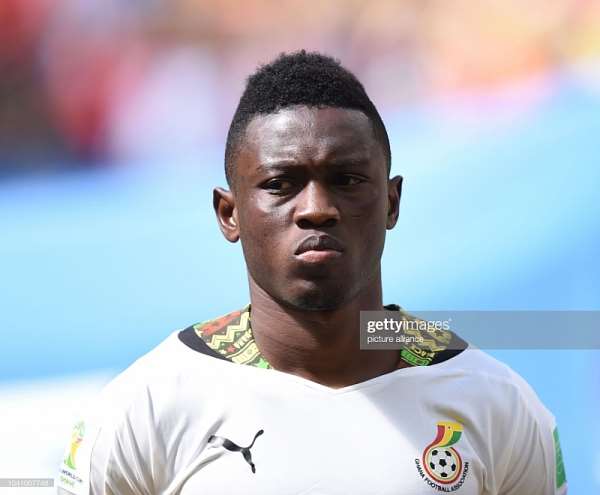 FC Nantes forward Majeed Abdul Waris boycotted the meeting with players after he was dropped by Coach Kwesi Appiah ahead of the 2019 Africa Cup of Nations.

Kwesi Appiah on Monday evening named his final 23 man squad for the tournament with the exclusion of the striker and other four players.

However, the dropped players were expected to meet GFA Normalization Committee members, Naa Odofoley, Samuel Osei Kuffour, Coach Kwasi Appiah and Deputy Sports Minister Perry Okudzeto were all present at the meeting but Waris failed to turn up for the meeting.

According to a report filed by Angel FM reporter in Dubai, the former FC Porto man locked himself at the team's hotel after his omission from the final 23-man squad for the tournament.

Waris was among the five players who were dropped from the Ghana's 23-man squad submitted to the Confederation of African Football (CAF).

Coach Kwesi Appiah named his final squad for the 32nd edition of the tournament on Monday.

Ghana will test their strength against Bafana Bafana of South Africa on June 15 in Dubai before the team emplanes for Egypt on June 20, 2019.

W/R: Five wounded after residents of Ampatano and Kamfakrom ...
55 minutes ago