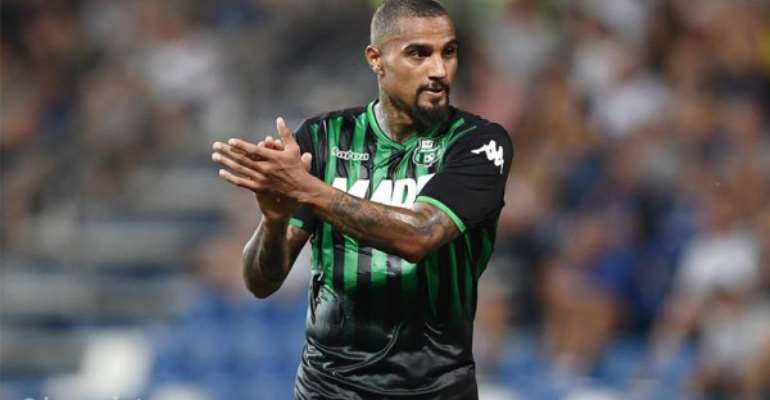 Ghanaian International, Kevin Prince Boateng is set to hold a crunch meeting with Sassuolo head coach Roberto De Zerbi in the coming weeks to decide his future at the club.

The former Las Palmas star man recently ended his loan spell with La Liga Champions Barcelona where he struggled to break into the first team. Having joined the side in the January transfer window, the player only managed to wear the Barcelona jersey for 123 minutes.

His inability to convince Ernesto Valverde during the loan spell meant he enjoyed a bad spell at the club which made him unpopular in the eyes of a lot of the supporters of the Catalan club.

After returning to Sassuolo, the Italian media is reporting that he has scheduled a meeting with his gaffer to discuss on the way forward. He has a good relationship with De Zerbi and it is believed that he wants to be sure he is still part of the manager’s plans for next season before he decides on whether to play in the Seria A next season or to consider a move elsewhere.

A final decision is expected to be taken in the next couple of weeks before the team concludes their plans for their pre-season tour.