AFCON 2019: Gov't To Fly Supporters To Egypt To Rally Behind Black Stars 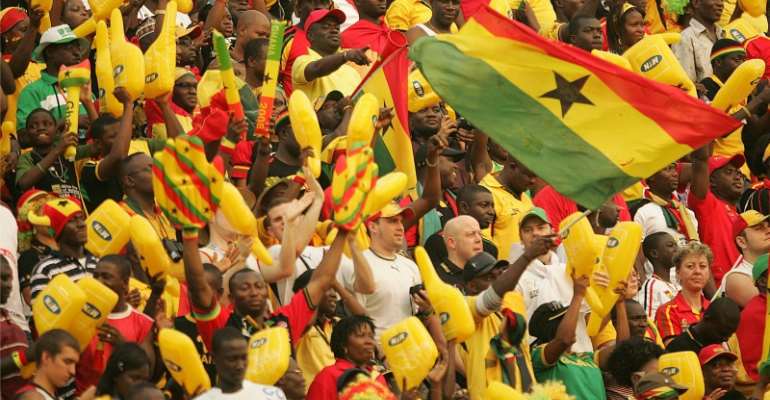 Communications Director of the Ministry of Youth and Sports, Elvis Adjei-Baah has confirmed that government has planned to fly supporters from Ghana to Egypt to support the Black Stars in the upcoming Africa Cup of Nations.

The Black Stars who are currently in the United Arab Emirates will play their finals warm-up game against South Africa before flying to Egypt for the tournament.

Kwesi Appiah will be naming his final 23 man squad for the tournament after losing to Namibia in a friendly on Sunday at the Jeber Ali Training Centre.

According to Adjei-Baah, the government is in talks with some organisations to raise the needed resources to fly out Ghanaian supporters to Egypt.

“As we are trying to win the tournament this year, we had to factor the Supporters Union. God-willing government has the intention to get supporters to rally behind the Stars,” he told Accra-based Onua FM.

“So whatever help the government needs to offer, the government through the Ministry is doing it. You know supporters are one element we can’t go without football.

“It looks as if we will be able to get 100 supporters to Egypt to support the Black Stars so as it stands, the Ministry intends supporting 100 National supporters Union led by the President,” Mr Adjei-Baah added.

The Black Stars are on a mission to end a 37-year trophy drought, having last won the AFCON in 1982.

The tournament will start on June 21 to July 19.
However, the Black Stars will play their first match on June 25 against Benin at the Ismailia Stadium.