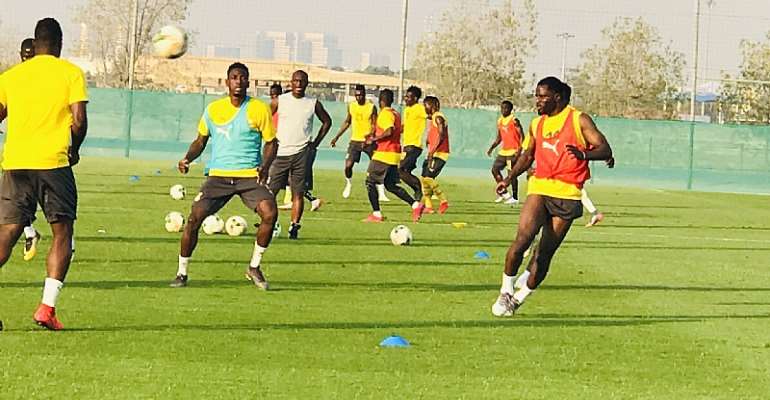 Ghana's final squad for the 2019 Africa Cup of Nations have been leaked according to reports in the local media.

However, five players were axed from the team by Coach Kwesi Appiah.

Asante Kotoko star Abdul Fatawu Safiu and Mohammed Alhassan have been dropped from the squad as well as Majeed Waris.

Ghana U-23 skipper, Yaw Yeboah and Ebenezer Ofori of New York City FC have also been axed from the squad.

Debutants Kwabena Owusu, Samuel Owusu and Caleb Ekuban were included in the final 23-man squad for the tournament.

The Black Stars of Ghana will battle out with Guinea Bissau, Benin and Cameroon in the Group F of the Africa Cup of Nations which will be staged in Egypt.

The team will South Africa in the final warm-up game before jetting to Egypt to the 32nd edition of the tournament.

The tournament has been scheduled to start on June 21 to July 19.