AFCON 2019: Kwesi Appiah Impressed With The Performance Of New Players 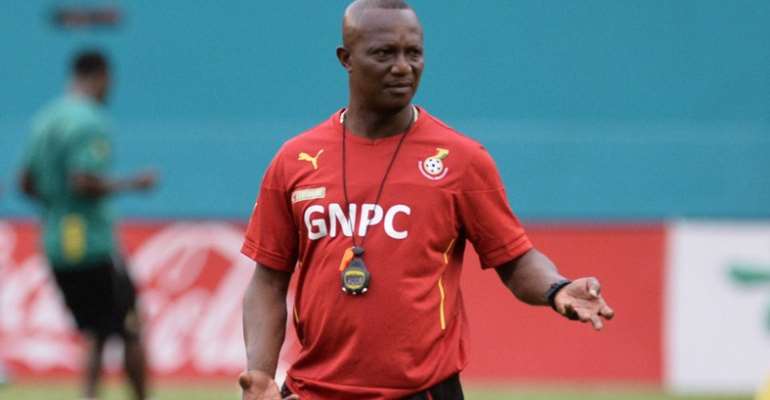 Coach Kwesi Appiah says the new players in the Black Stars are giving good competition to the more experienced boys in camp.

Five new players were named in Ghana's provisional squad for the pre-AFCON camping in the United Arab Emirates including locally based duo Fatau Safiu and Mohammed Alhassan of Asante Kotoko and Hearts of Oak respectively.

Samuel Owusu of Cukaricki and Kwabena Owusu of Leganes complete the list of new players in camp.

"The new players in the team are doing so well," he said.

"They are really giving the other players competition and that is what I really need.

"They are really doing so well," he added.
Another player who was named for the first time into the team was Musah Nuhu of Saint Gallen, but his stay with the team in Dubai was cut short due to injury.

Kwesi Appiah is expected to name his final squad on today after losing his first pre-tournament friendly to Namibia on Sunday.

Ghana will play South Africa before the team flies to Egypt for the tournament which start from June 21 to July 19.

The Black Stars are in Group F alongside champions Cameroon, Guinea Bissau and Benin.