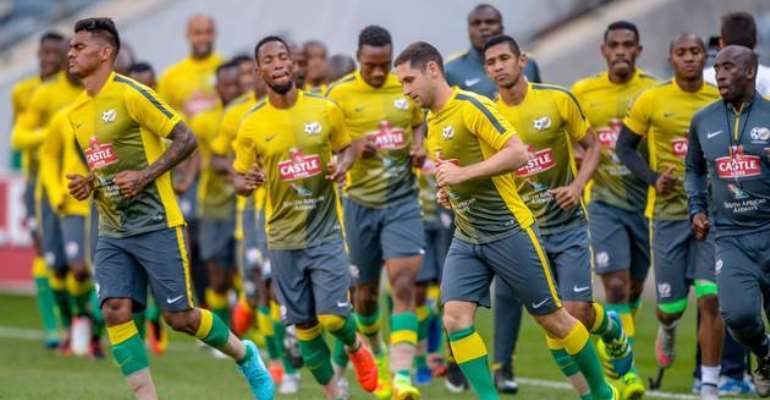 Bafana Bafana coach Stuart Baxter on Sunday named his final 23-man squad which many analysts say is a solid and balanced team.

Baxter omitted Fortune Makaringe, Ben Motshwari and Kermit Erasmus among those who have been in camp throughout the week and have been training at Steyn City School in Fourways. Already missing from the week-long camp were Keagan Dolly (groin injury) and Rivaldo Coetzee who left to be with his ailing mother in the Northern Cape.

Coach Baxter has retained most of the players that have been doing duty in the Afcon qualifiers with goalkeepers being Darren Keet, Ronwen Williams and Bruce Bvuma.

He has kept the bulk of his tried and tested defenders and midfielders while the strike force will be spearheaded by Percy Tau, Lebo Mothiba, Lars Veldwijk, Lebogang Maboe and Sibusiso Vilakazi.

Baxter said he was pained to drop Makaringe, Motshwari and Erasmus a day before the squad flies out to Dubai on Monday to intensify their training but assured the three that their future in top flight football was bright.

The Bafana Bafana coach added that Erasmus has shown great professionalism throughout the week but as Afcon rules would dictate, he can only take 23 players to Egypt.

The coach also said he was leaving the country with lots of positive prospects especially with his strikers having shown a huge appetite for goals.

In Dubai, Bafana Bafana will play against Ghana in an international friendly before heading to Egypt where they will play another friendly.

Bafana Bafana are in Group D, together with Ivory Coast who they play in their opening Group game, Namibia and Morocco.