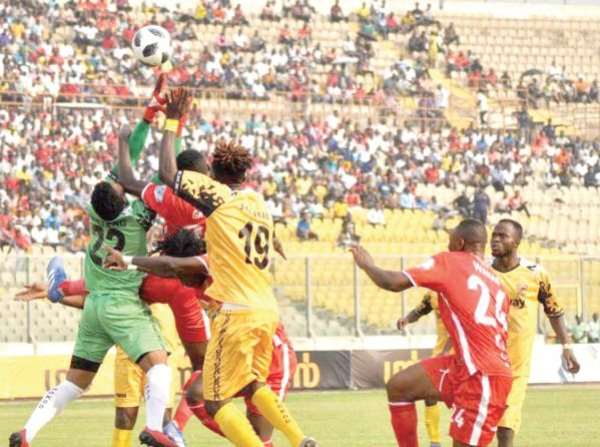 Kumasi Asante Kotoko and AshantiGold will play in the semi-finals of the Normalisation Committee Special Cup Tier II.

The two teams reached the last four following wins over Berekum Arsenal and Medeama respectively in the quarter-finals on Sunday afternoon.

Goals from Naby Keita and Kwame Boahene helped Kotoko to a 2-1 victory over the second-tier side at the Baba Yara Stadium in Kumasi.

While Ashgold needed a second-half header from Shafiu Mumuni to down Medeama in Obuasi.

Kotoko and Ashgold are the only teams to have reached the semi-finals of Tier 1 and Tier II competitions.

They could face each other in the finals of tier I.

Other semi-finals clash of Tier II will be between Unistar Academy and Nzema Kotoko.

W/R: Five wounded after residents of Ampatano and Kamfakrom ...
12 minutes ago