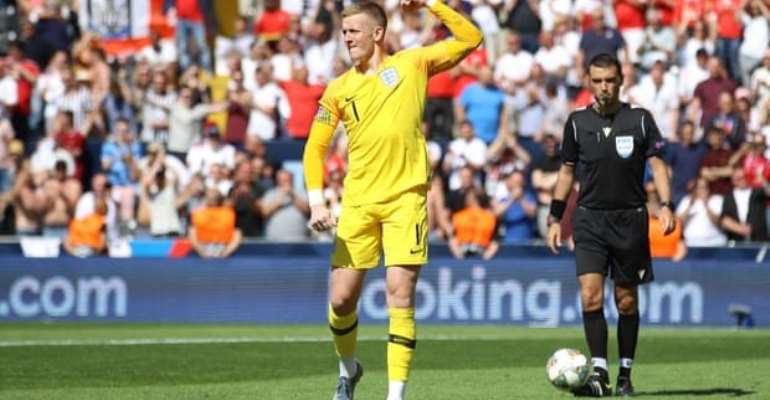 Jordan Pickford scored and saved a penalty kick as England won the UEFA Nations League third-place play-off in a shootout against Switzerland.

England had the better of the opportunities and should have disposed of a limited Switzerland side long before a penalty shootout, with the woodwork struck no fewer than four times, but they got the job done in the end.

Harry Kane returned to the line-up, with seven changes made to the team that lost to Netherlands. The Tottenham Hotspur striker could have opened the scoring within just two minutes, hitting the bar with a cheeky chip.

Raheem Sterling was presented with a couple of golden opportunities, with a late Callum Wilson goal ruled out for a pull. Sterling then crashed a freekick off the crossbar in extra time, sending the match to penalties.

It was in the shootout that Pickford made himself the hero, first scoring a penalty kick before saving from Josip Drmic, giving England the bronze medal in the inaugural Nations League.