'Board Member Not My Priority' - Hearts NCC Aspirant 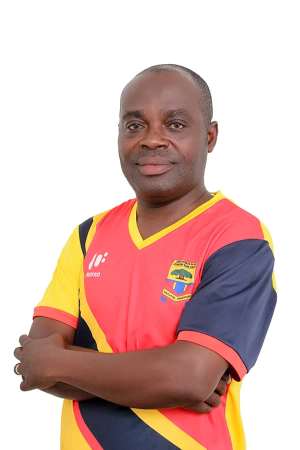 The Aspiring National Chapters Committee Chairman of Accra of Oak SC Ltd, Mr Lawrence Ofosu-Adjare has explained that seeking the top position and mandate of the Supporters to ascend the Board Membership of the club is not his priority.

Currently, the 1st Vice Chairman of the NCC who also occupies few Directorship on some prominent Institutions in Ghana and Beyond feels his Baby project of making the NCC more relevant as *SHAREHOLDERS than being STAKEHOLDERS*, is what meets the aspiration of the organised supporter's body more.

As the highest decision making body of the club, with the post *Share floatation* era of 2011, the Board allocated a slot for a representative of the Supporters leadership with the NCC Chairman then Alhaji Braimah Akanbi and his successor Eric Barima Attuahene whose tenure ends after the June 22 elections being the main beneficiaries as the voice of the supporters body on the Board.

*AGENDA #20-20-30*
Highly tipped to win the Chairmanship Slots, the experienced Health Administrator of decades standing, has the above numeric and mathematical mantra wooing delegates, simply meaning-20 members per Chapter according to those registered to vote, targeting 100 out of the 170 Chapters at least, with each Chapter reserving a possible GHC150 minimum requirement of 100 shares to take up 30%(Thirty Percent) equity in the club using the Chapters business entity- THE CHAPTERS TRUST as the purpose vehicle.

The *National Chapters Trust(NTC)* will be the legally registered business entity to drive and sustain the commercial(Business) activities for the Chapters body, in order to generate a constant flow of income (resources) needed to support the club as and when need be. Every Chapter member shall be registered under the TRUST who will be required to pay monthly dues and other levies as may be agreed. The TRUST will be managed by *TRUSTEES* who will be made up of professionals carefully appointed and independent off The National Chapters Committee(NCC) for purposes and enhancement of accountability and transparency. In the nutshell, the idea is to *CAPITALISE* and *RECAPITALIZE* the club with funds much needed to meet the Infrastructure and high recurring expenditures associated with running a club like Accra Hearts of Oak.

He said Accra Hearts of Oak should be branded like some globally acclaimed clubs Like Bayern Munich, AC Milan, Manchester Utd, FC Barcelona, DVD Dortmund, Arsenal FC. among other top football brands in the world.