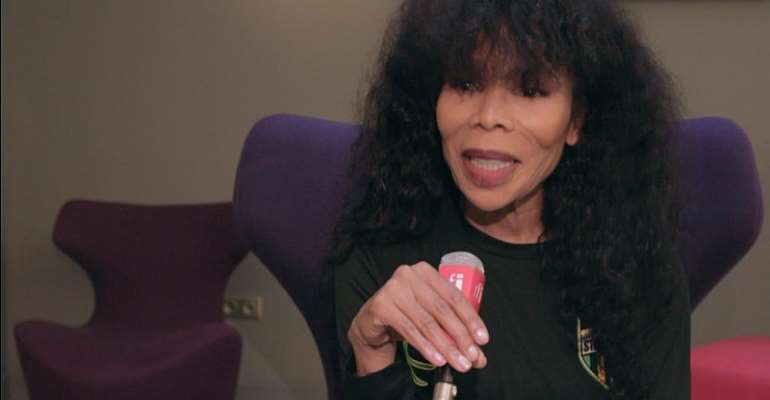 There was no Jamaican national women's team between 2010 and 2014 because the football federation was broke. Then Bob Marley's daughter, Cedella, helped finance the team that is set to play their first ever World Cup match against Brazil today.

On a grey day in the southeastern French city of Grenoble Jamaican fans from around the world gather in groups surveying the heavy skies. They have traveled from as far away as Australia to watch the Reggae Girlz play their first World Cup match.

'Beautiful and inspiring'
“I think what Cedella has done is beautiful and inspiring,” says Fay Hutchinson, a Reggae Girlz supporter who arrived by train from Paris together with relatives based in Miami in the US. She is referring to Cedella Marley, the daughter of reggae legend Bob Marley and his first wife Rita.

Word has got around among the Jamaican supporters that Cedella is in town for the Reggae Girlz first match. Without her involvement, there would be no Reggae Girlz team today, but rather an abundance of raw talent among a disparate group of individuals playing in Jamaica, North America and Norway.

It all began with a flyer that Cedella's son brought home from school in 2015 asking parents to give funds for Jamaica to re-establish a national women's football team.

“We decided to start a crowd-funding campaign. Then as things progressed my brothers Damien, Steven and I recorded a song called 'Strike Hard'. All the proceeds from that go to the Reggae Girlz,” Cedella Marley explains thronged by support staff from the Bob Marley Foundation.

Fussing and fighting
The Bob Marley Foundation is the humanitarian arm of the reggae legend's estate. The family has been embroiled in various legal battles among themselves and with record labels over the rights to Bob Marley's music. He did not leave a will when he died aged 36 in 1981.

Them getting behind the Reggae Girlz appears to be a turning point in the family's turbulent history. Bob Marley fathered 11 children with eight different women. Both Damien and Steven played football for their high school.

“For anyone who knows my family they know that football is a passion of ours,” says Cedella Marley. Football was one of Bob Marley's biggest passions. He was rarely without a football and would use the game to gather friends at his compound in Jamaica.