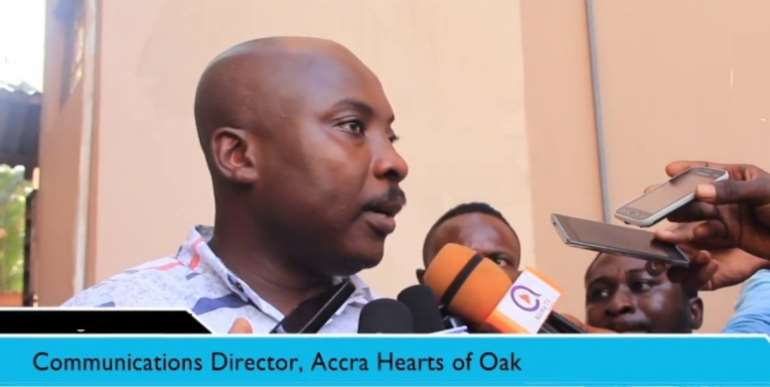 Director of Communications for Hearts of Oak, Kwame Opare Addo says his outfit has been informed about the decision of the Normalization Committee (NC) of the GFA to grant Asante Kotoko's demand for equal disbursement of gate proceeds from their NC Special Competition tier-one semifinal match against the Phobians.

The Porcupine Warriors pulled out of the tier 1 competition after their request to play the match on a neutral grounds and sharing of gates procedes equal with the home side was thrown out by the Normalization Committee.

However, after several consultations, Kotoko have agreed to play the game at the Accra Sports Stadium on June 16th after the Normalization Committee accepted to grant Asante Kotoko 40% of the match proceeds same as Hearts of Oak, with the remaining 20% going to the NC.

However, Opare Addo's reaction to the decision by the NC might have only hinted of a looming danger.

"We have also heard of the NC's decision to grant Asante Kotoko's demand for equal disbursement of gate proceeds by giving them 40% of it, and we will officially come out with our response when the decision is made official", Opare told FOX FM.