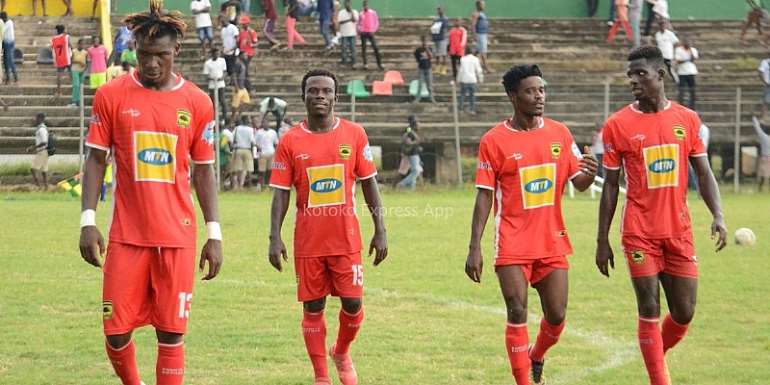 The Porcupine Warriors confirmed their withdrawal from the competition after their petition to Normalization Committee was thrown out.

According to the club, their semi-final tie against their sworn rivals must be played on a neutral grounds.

However, the Normalization Committee on Friday released a statement to 'bless' the club's decision.

But Kennedy Boakye Ansah has revealed that all issues have been resolved and Kotoko have agreed to continue playing.

"We(NC Special Competition Committee)have agreed to some of the concerns raised by Kotoko so we will share the gate proceeds equally (40%/40%) but the venue still remains Accra Sports Stadium," he told Ash FM.

"The same conditions apply to the game involving Ashgold and Karela United (40%40%) so both semifinal games would be coming on as arranged.

"We are all hoping for best games in the semifinals both between (Hearts of Oak/Kotoko) and (Ashgold/Karela United)," he added.

The winner of the competition will represent Ghana at CAF Champions League next year.

The fixture is expected to come on June 16 at the Accra Sports Stadium.