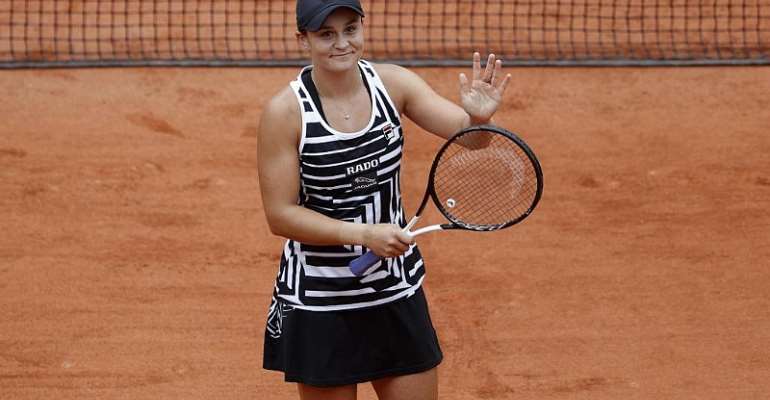 Tournament director Guy Forget may have come in for criticism over the semi-final scheduling but the former player was spot on with his predictions for the women's draw. Forget, who rose to number four in the world, said about a dozen players had the chance to lift the Coupe Suzanne Lenglen on 8 June.

The Frenchman had Australia's Ashleigh Barty in that mix. But not even his discerning eye would have sought out Marketa Vondrousova.

Odd really. These left-handers really should stick together. Vondrousova's crafty slices and angled drop shots have cut a swathe through the bottom half of the draw enabling her to become the first teenager to reach the final in Paris since Ana Ivanovic in 2007.

“It's amazing,” said the Czech after seeing off Johanna Konta in straight sets in the semi-final. “I never imagined this. I'm just very happy with everything. It's an amazing thing.”

It is 19-year-old Vondrousova's third venture to the French Open as a senior. Her visits in 2017 and 2018 yielded only one victory but in her junior days she won the girl's doubles title with Miriam Kolodziejova.

Six singles victories on in 2019, she has the chance to become the first player from her country since Hana Mandlikova in 1981 to win the title.

Drought
Australia has had to wait a tad longer to boast of a women's champion. In 1973, Margaret Court came from a set down to beat Chris Evert. That was Court's fifth and final French Open crown.

It would be fitting symmetry if Barty were to win as Evert will watch the final on Court Philippe Chatrier on Saturday and present the trophy to the women's champion.

“It's an amazing opportunity for myself and my team,” said 23-year-old Barty, who reached the last eight at the Australian Open in January. “We have worked so hard to put ourselves in these positions. Now we get to go out there and really enjoy it.

"That's the only way to approach it is to go out and enjoy it, have fun, try and play with freedom. That's ultimately when I play my best tennis.”

Both Barty and Vondrousova emerged from semi-final matches in damp, blustery conditions on Court Suzanne Lenglen and Court Simonne Mathieu respectively. Sun is expected on Saturday afternoon but the wind could again be a factor.

It will be Vondrousova's first match in the 15,000 seat arena but Barty shouldn't be counting on stage fright. “It's going to be something new,” said Vondrousova. “But I like those big courts. I'm just really looking forward to it.”