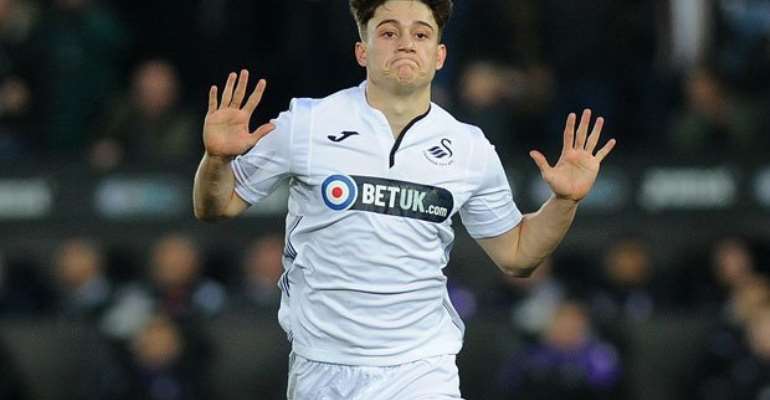 The 21-year-old has completed a medical and will become Ole Gunnar Solskjaer's first signing since succeeding Jose Mourinho as manager at Old Trafford.

The deal is expected to go through when Fifa's international transfer window opens next week.

James withdrew from the recent Welsh training camp in Portugal following the death of his father and Giggs confirmed it was the player's choice to be included as the squad travel to face Croatia on Saturday and Hungary on Tuesday.

He scored the only goal to secure an important 1-0 win against Group E rivals Slovakia on his full international debut in March.

"He is a talent and when you have speed like that as well as the temperament that he has, he could play anywhere," Giggs said of James last month.

"If you go to United or any big club there is pressure on you. As a manager you want all your players to be playing to a higher level as they can and their ability deserves," the United legend added.

Known for his startling pace, Manchester City boss Pep Guardiola noted how "incredibly fast" James is after his side were given an FA Cup quarter-final fright at Swansea in March.

Hull City, who he represented while at school, are due a sell-on fee worth about 5% of the up-front transfer.

Manchester United finished sixth in the Premier League, five points adrift of the top four, and will play in next season's Europa League.

Doctors threaten strike from October 1 over arrears
31 minutes ago