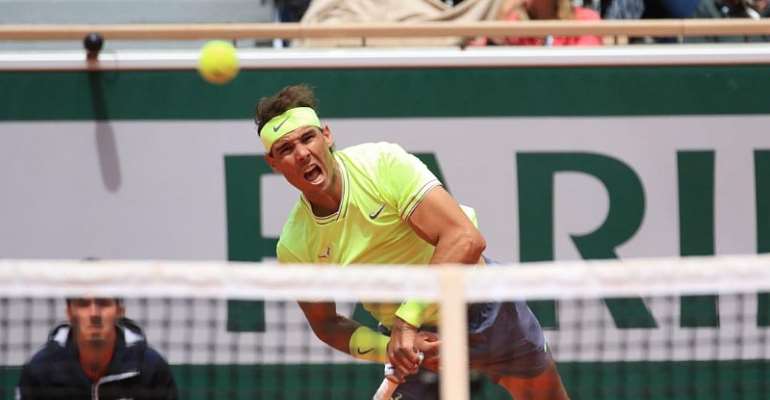 Rafael Nadal swept past Roger Federer in straight sets on Friday to reach the French Open final for the 12th time. Their much anticipated match finished 6-3, 6-4, 6-2 to the 33-year-old Spaniard after two hours and 25 minutes on a blustery centre court.

It was Nadal's sixth victory over the Swiss at the French Open since 2005.

"The conditions out there were so hard, so difficult to manage," said Nadal. "It was the day just to accept all the adversities, and just be focused on positive all the time. That's what I tried to do."

Federer, who was playing in his first French Open since 2015, was munificent in defeat. "He makes you feel uncomfortable the way he defends the court and plays on clay," said the 37-year-old.

"There is nobody who even plays remotely close to him. It's just amazing how he plays from deep and then is able to bounce back and forth from the baseline. It's just quite interesting."

Nadal, who leads his head-to-head with Federer 24-15, will take on top seed Novak Djokovic or fourth seed Dominic Thiem in Sunday's final.

Anti-LGBT Bill: Let's be careful and not generate intense ha...
54 minutes ago