Richard Ofori Is Not For Sale – Maritzburg Coach Kadodia 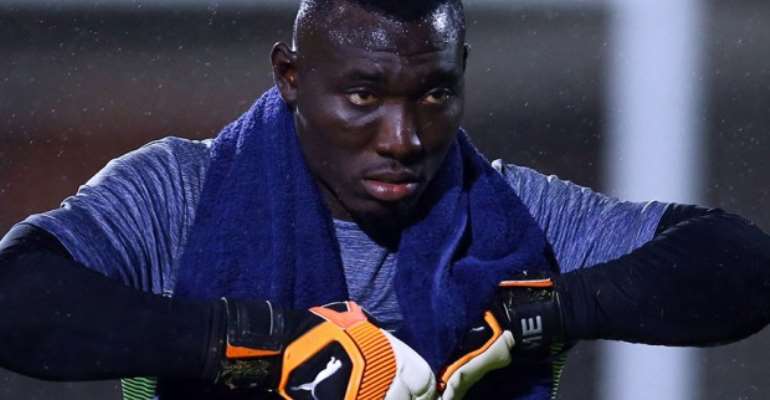 Head Coach for Maritzburg United, Farook Kadodia has stressed that Ghanaian goalkeeper Richard Ofori will not be sold this transfer window to ward off any interest from other clubs that will be looking to poach the shot-stopper away from the club.

According to the gaffer of the Premier League Soccer side, the team’s first team goalkeeper will stay one for one full season before they decide on whether to let him go or not.

Speaking in an interview with Kickoff, Coach Kadodia indicated that they have no plan of selling any of their players, especially their top performers after battling a difficult season in the just ended 2018/2019 campaign.

“If I can let a player go from the bracket of top performers during our successful season, I will be attracting disaster. We have convinced Ofori to stay at least another season with us before he moves on”.

“We promised Makaringe and Ndlovu we will let them go, we honored that and on Ofori we never got any offer last season. He’s not for sale and we don’t intend to sell any of our players at the moment. We won’t like to let any of those who helped us to survive relegation go”, head coach for Maritzburg United shared.

Richard Ofori was very important for the South African club throughout the season and most importantly during their relegation play-off tie that ensured they stay on in the PSL.

Maritzburg United consider the Black Stars goalkeeper as one of the key members of their squad and that’s why they have decided to keep him at the club for the upcoming season to see to it that they perform better than they did the last time.

He will be in post of Ghana in the 2019 edition of the Africa Cup of Nations (AFCON) tournament set to kick off in Egypt later this month.