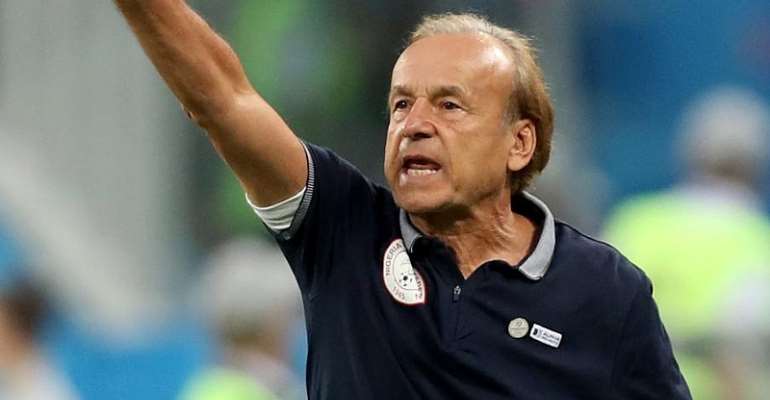 Nigeria coach Gernot Rohr said that he expects a demanding season in Europe, plus the heat in Egypt, will mean the fittest team will be crowned African champions.

The Africa Cup of Nations will be played from June 21 to July 19 in Egypt.

"We have to work hard," Franco-German coach Rohr said at his team’s training camp in the southern Nigerian town of Asaba. "We have to be fit because only the fittest team have the chance to win the Nations Cup."

Three-time champions Nigeria are staging a return to the Africa Cup of Nations after they failed to qualify for the last tournaments.

"It will be very hot and there will be more games (with the expanded format of the tournament) to be played after a tough, long season for many of the players," he added. "And so we have to be fit, we want to be ready."

Nigeria are drawn in Group D, along debutants Burundi and Madagascar as well as Guinea.

Rohr, who qualified the Super Eagles to the 2018 World Cup in Russia, also admitted he will be faced with selection headaches, as he has to drop two players from the provisional squad of 25 players at the weekend.

"Everybody wants to be in Egypt and, at the same time, we have to drop two players," he said.

"It will be difficult for me and my staff to choose the final 23, because everybody is doing so well."

The coach has downplayed the injury of Leon Balogun, saying the Brighton and Hove Albion defender is only suffering from foot blisters, and that was why he has trained apart from the main squad.