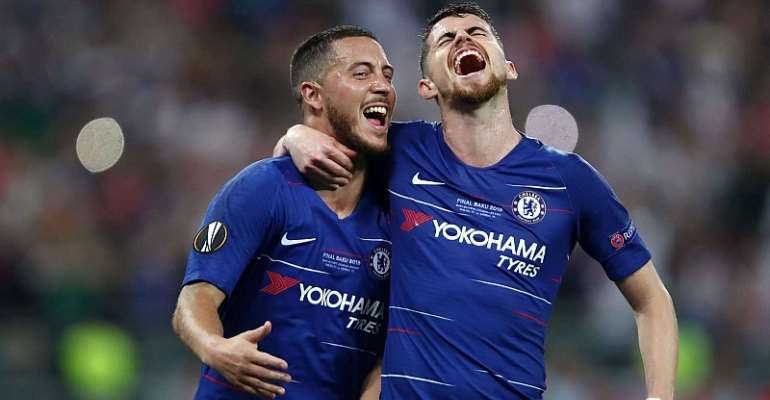 The Court of Arbitration for Sport (CAS) have confirmed that Chelsea have appealed their two-window transfer ban.

FIFA punished the Blues after they were found to have broken rules regarding the registering of young players.

Chelsea originally appealed to FIFA to have the ban overturned, but world football's governing body rejected their appeal in terms of them being able to register senior players.

As such, the Stamford Bridge outfit have now turned to CAS, who could overturn the ban or delay it while they gather all the evidence required, meaning Chelsea could yet be free to add to their squad this summer.

In a statement released on Friday, CAS said: "The Court of Arbitration for Sport (CAS) has registered an appeal filed by Chelsea Football Club Ltd (CFC) against the Fédération Internationale de Football Association (FIFA).

"The appeal is directed against the FIFA Appeal Committee decision dated 11 April 2019 in which CFC was declared liable for violations of the FIFA Regulations on the Status and Transfer of Players and banned from registering new players, nationally and internationally, for two entire and consecutive registration periods, fined CHF 600,000, issued with a reprimand and warned on its future conduct.

"Generally speaking, CAS appeal arbitration procedures involve an exchange of written submissions between the parties while a Panel of CAS arbitrators is being convened to hear the appeal. Once the panel has been formally constituted it issues procedural directions, including, inter alia, with respect to the holding of a hearing. Following the hearing, if one is held (a CAS panel may also issue a decision based only on the parties’ written submissions), the panel deliberates and then issues its decision in the form of an Arbitral Award.

"It is not possible to say at this time when the Arbitral Award will be issued."

Should Chelsea's appeal fail, then they will be unable to sign any players until the summer of 2020.

The Blues have already secured the services of Christian Pulisic having registered the USA international's move from Borussia Dortmund in January while there is a belief in west London that loanees Mateo Kovacic and Gonzalo Higuain could be signed permanently even if the ban is upheld.

Their futures are likely to be placed in some doubt, though, with manager Maurizio Sarri having informed Chelsea that he wishes to leave the club to take over as boss of Juventus.

While there may be few incomings at Chelsea this summer, one outgoing which is all but confirmed is the departure of Eden Hazard to Real Madrid.