AFCON 2019: It Was Difficult To Digest Tottenham's Defeat To Liverpool - Wanyama 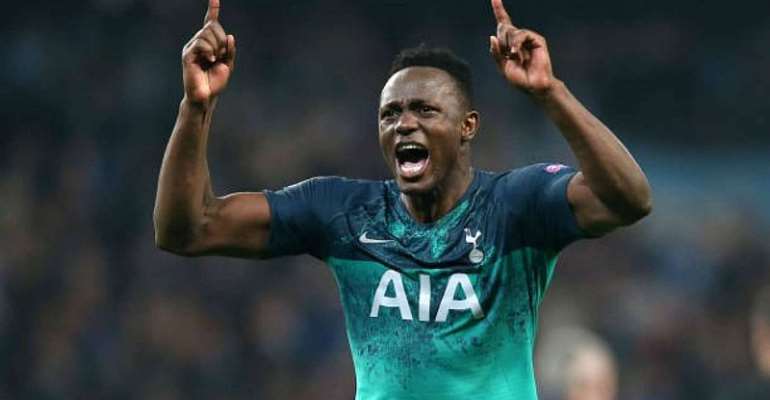 Victor Wanyama has admitted that it was painful for Tottenham Hotspur to suffer defeat against Liverpool in the Uefa Champions League final.

An early goal from Mohamed Salah and a late strike courtesy of Divock Origi gave Liverpool a 2-0 win over Tottenham in an all-English final as coach Jurgen Klopp finally got his hands on Europe's biggest prize.

And speaking for the first time since the heart-breaking final staged in Madrid, Wanyama - who was an unused sub - says they have accepted the outcome and will have to move on.

“Yes, sure you learn a lot from the final, you either learn also or correct your mistakes but I believe we have learned a lot from the defeat in the final and it is not easy, because it takes time to digest it,” Wanyama told reporters in France after a training session with Harambee Stars.

“We have to accept and move on, it is part of life and you know, in any final, there always must be a winner and also a loser and it happened that we lost, kudos to Liverpool for winning the title.

“We can only focus now and correct the mistakes that happened in the final and maybe try again, who knows, we can still play in the final again.”

Wanyama says he has turned his focus to help Harambee Stars do well at the Africa Cup of Nation, set to be held in Egypt from June 21

“I don’t want to think about the Champions League final anymore, I am now looking forward to helping Kenya have an incredible journey in the Afcon. That is my focus now and we are determined to make them shine in Egypt,” Wanyama continued.

“I feel proud to be part of this team and also to qualify for Afcon after a very long time, it is a very big achievement for us and we are really happy with that and hopefully we are not going there to tour but give the teams a run for their money.

“We are in a tough group and I think our opponents are very strong, but I think we are strong too and we are ready for the challenge and it will be great to play alongside top players like Sadio Mane of Senegal, it won’t be easy but I think everyone is buzzing and looking ahead of the tournament.”

Kenya will open the Group C campaign against Algeria on June 23 and face Tanzania four days later before finishing against Senegal on July 1.

All their matches will be hosted at the 30 June Stadium in Cairo.

You must be encouraged and supported for not being a spectat...
1 minute ago