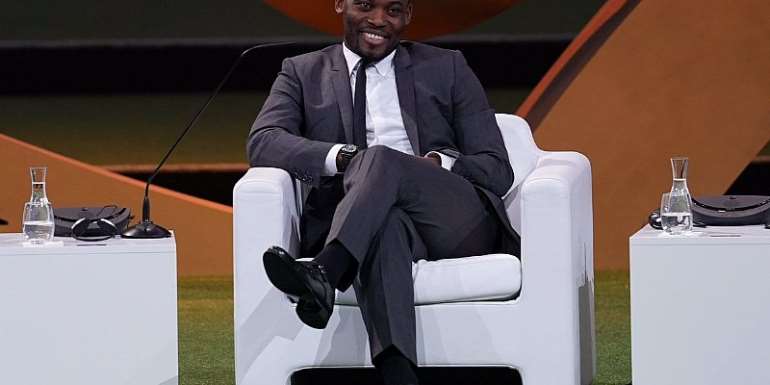 The 36-year-old was among six speakers at the event which was organized towards the 2019 FIFA Women’s World Cup in France.

The discussion was aimed at looking forward to how to improve and develop the Women’s game in the coming years.

Essien was appointed a FIFA Women’s Ambassador last year where he witnessed the FIFA U17 and U20 Women’s World Cups in Uruguay and France respectively.

The 36-year-old UEFA Champions League winner is currently serving as a player Coach at Azerbaijan Premier League side Sabail FK.

I haven’t said NPP is Majority in Parliament – Bagbin clarif...
46 minutes ago