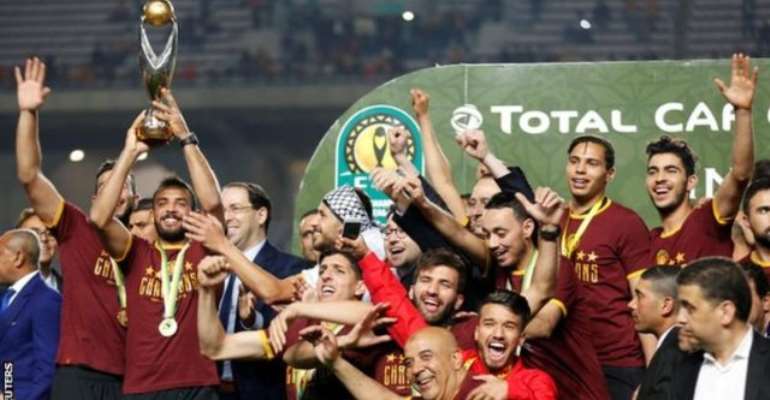 Tunisian club Esperance vow not to "give up their rights" while Wydad Casablanca's Nigeria winger Michael Babatunde is "delighted."

Those are the differing reactions to the Confederation of African Football's (Caf) order to replay the second leg of the Champions League.

Esperance led 1-0 in Friday 's second leg but their Moroccan opponents left the pitch after an equaliser they scored was disallowed.

Wydad wanted the video assistant referee to check if the goal should stand but the system was not working.

A Caf statement said on Wednesday "conditions of game and safety were not met" and that the second leg should will be replayed at a neutral venue.

In a statement issued on its Facebook page, Esperance said they "will not give up their rights and will defend them in every legal way possible"

"We were shocked by the decision and will hold an emergency meeting in the next few days to appeal this decision with the specialised International authorities.

"We will take all necessary measures to defend the team's rights in every legal aspect possible."

Walid El Arem, a member of Esperance's executive committee, said in a video released by Foot24 "This is a dangerous unprecedented event"

"There is no law backing up the decision to replay the game" he added.

"All I can tell Esperance fans is that we will not give up, we will take the matter to Cas (the Court of Arbitration for Sport)."

Riadh Touiti, head of the legal committee at Esperance, said in the same video that "Esperance had nothing to do with VAR not working that day"

"Caf officials had no business being on the pitch that day. Their presence on the pitch created a commotion and encouraged Al Wydad players to do what they did."

Esperance said they are waiting for an official letter from CAF informing them of the decision before proceeding with the matter.

Wydad are yet to officially react to the news but their Nigeria winger Babatunde says he is delighted that the match be replayed.

"This really excites me to be honest, the controversial way the game in Tunisia ended wasn't right," he told BBC Sport.

"Caf has taken the right decision now by ordering a replay at a neutral venue because the continent deserves it.

"This replay is the best way to determine the true champions of Africa and not the way it ended in Rades."

Wydad Casablanca had put the controversies of the African Champions League second leg behind them to clinch their 20th Moroccan league title on Tuesday.

The championship was won with a game to spare with a 4-1 win over Olympique Khouribga which put them six points clear of city rivals Raja.

"We've won the league title and winning the Champions League trophy was the target at the start of the season," he added.

"Now we have another chance to do it. The players are delighted and our fans are happy because a chance has been presented to have another go at it."

You're A Blatant Liar; I've Never Attacked Any Religious Lea...
41 minutes ago