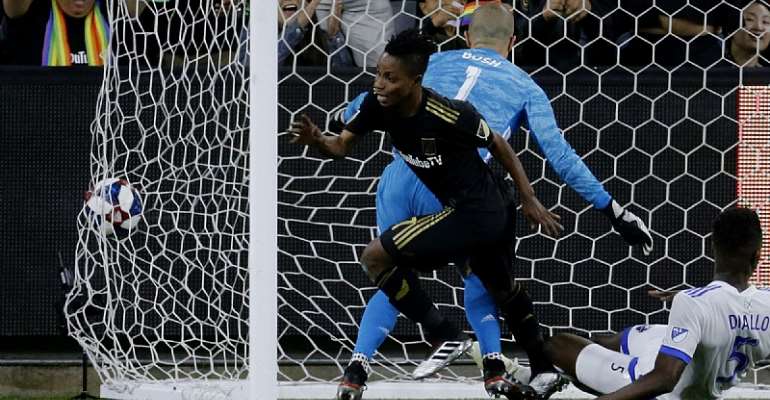 LAFC posted a 3-2 victory over Portland to maintain their lead on the Western Conference Standings with the Ghanaian international scoring the winning goal to ensure his side grabbed all 3 points.

Speaking after the match, Latif Blessing shared that they are happy things are going well for them whiles insisting that their target is to win the MLS at the end of the season.

“So far so good. We are taking it game by game, it is our dream to win the MLS this season”.

“Bob (Bradley) told us before the game we have to put in more energy and everything we have in the game to win the game but today's game was very hard but we found a way to win the game and we thank the staff and the players”, the former Liberty player shared.

Having played at the renovated Portland Timbers stadium for the first time, the player also noted that it was amazing playing in front of 4,000 spectators and thanked their fans for the massive support.

“Portland is a good team and the fans are great,” said Latif Blessing. “The first time I saw the stadium was amazing, but we had to find a way to win. It was loud and we couldn’t hear much that was going on, but I’d like to thank the players and everyone for winning this game”, Latif Blessing indicated.