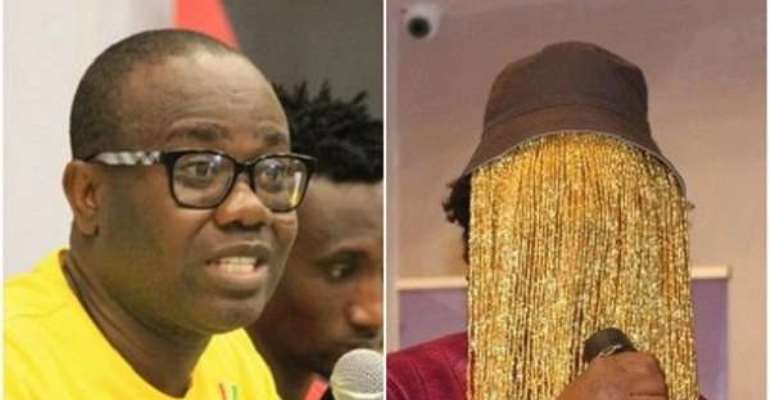 "The 'Number 12' video has not done anything good to Ghana football," he told Asempa FM.

"We were expecting huge changes after the airing of the video but the hooliganism and bribery are still ongoing. To make it worse, people are going to the stadium with guns which is not good for our football.

The former Tudu Mighty Jet beleives the Black Stars will be robbed in the upcoming Africa Cup of Nations in Egypt.

"Africa had a referee who was on the verging of going to the 2018 World Cup but he was exposed in the 'Number 12' video and ahead of the tournament in Egypt it is these same African referees who will officiate our matches.

"They will not be fair to the Black Stars," he added.

It could be remembered that the undercover investigative journalist exposed the rot in Ghana football with many referees and Ghana FA top officials captured on tape engaging in bribery which goes against the rules of the game.

Kwesi Nyantakyi, who was the then Ghana Football Association was shockingly caught on tape revealing how he could lead an investor to the presidency.

Following the airing of the video at the Accra International Conference Centre on June 6, the government took the steps to collapse the country's football governing body.

Mr Nyantakyi resigned from all his positions in world football after the airing of the video.

However, after several consultations with FIFA and CAF, a Normalization Committee was named to take charge of the country's football governing body until new Executive Members and President are elected.

Anas and his Tiger EyePI petitioned the world football governing body over the action of Mr Nyantakyi.

And after several months of internal investigations by FIFA, Mr Nyantakyi was slapped with a lifetime ban with a heavy fine.

However, the former WAFU Zone B president is currently challenging his lifetime ban at the Court of Arbitration of Sports [CAS].

W/R: Five wounded after residents of Ampatano and Kamfakrom ...
35 minutes ago