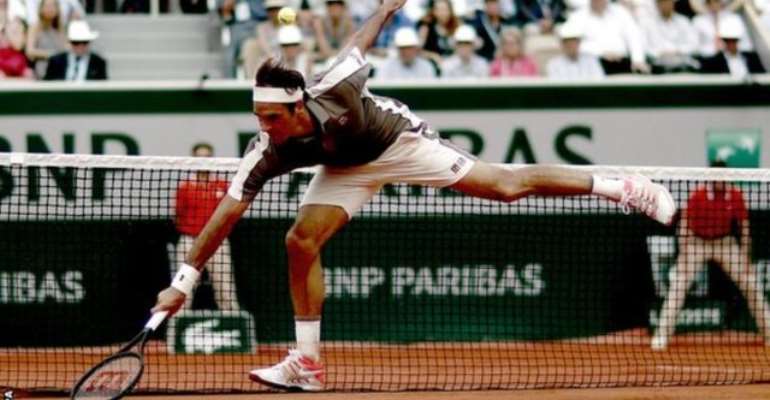 Shortly before Federer won, Nadal completed a 6-1 6-1 6-3 win over Kei Nishikori in the quarter-finals.

"The complete dream would be to win the tournament," said Federer, 37.

"Other players won't agree. It will be difficult, but I believe it anyway."

Both quarter-finals were interrupted by a thunderstorm in Paris.

Federer is playing at Roland Garros for the first time in four years, having missed the 2016 event with a back injury and skipped the past two clay-court swings to preserve his body.

He faced the toughest test of his clay comeback so far against Wawrinka, the 2015 champion, who had progressed beyond the second round of a Grand Slam for the first time since losing in the 2017 French Open final.

Federer, the third seed, dropped his first set of the tournament and only converted two of his 18 break points, although the second of those - in the ninth game of the fourth set - proved decisive.

"Stan has had some tough years with injuries," added Federer, who is into the last four of the competition for the first time since 2012.

"I had to break his rhythm because he's so powerful. I took some risks and they came off but I was pretty lucky at the end."

Nadal, 33, is into his 12th semi-final at Roland Garros and has won the tournament on all of the 11 previous occasions he has reached this stage.

He cruised through in one hour and 51 minutes against Japanese seventh seed Nishikori, who had been taken to five sets in his previous two matches.

"It is an incredible feeling, so much emotion," said Nadal. "It is important for me to make another semi-final. I am very happy."

He will now meet Federer, who won his only title at Roland Garros a decade ago, for the 39th time on Friday, having won all of their previous five meetings at the tournament, including the 2006, 2007, 2008 and 2011 finals.

Nadal also boasts a 23-15 head-to-head record against the Swiss, but it is Federer who has been victorious in their past five matches.