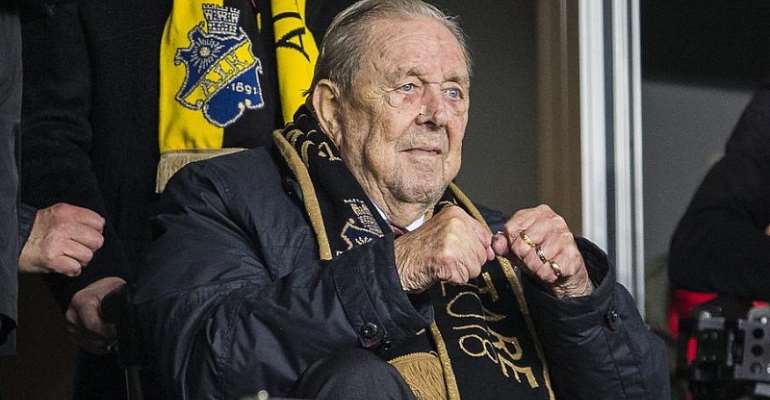 Lennart Johansson, a Swede who presided over European soccer for 17 years as its Champions League turned into a global commercial juggernaut, has died after a short illness aged 89, Sweden's Football Association said on Wednesday.

Johansson, president of European football association Uefa from 1990 to 2007, was a driving force behind the formation of the Champions League, giving the continent's championship a new identity and a huge revenue stream for big clubs.

"Swedish football is in mourning," the Swedish FA said in a statement.

Uefa President Aleksander Ceferin said Johansson would be remembered as the architect of the Champions League.

"World football will be always be grateful to him for all he has achieved for the beautiful game," Ceferin said in a statement.

Johansson ran against Swiss Sepp Blatter to head football's world governing body Fifa in an acrimonious vote in 1998 but lost. Blatter, who led Fifa for 17 years, is serving a six-year ban from football for unethical conduct.

The men remained rivals. The Swedish FA quoted Johannson as saying: "It is my 20-year fight with Blatter that people like."

Johansson took over the top job in European football at a turbulent time when money from television coverage was flooding into the sport and players gained complete freedom to move between countries and clubs in Europe.

"It was not a given that Uefa would be successful in meeting all these dramatic changes," the Swedish FA said.

"The Champions League became an enormous success, but Lennart Johansson's other major achievement was finding a fragile balance between the big clubs' demands and the needs of the broader football family."

Johansson was a lifelong supporter and honourary president of Stockholm club AIK.