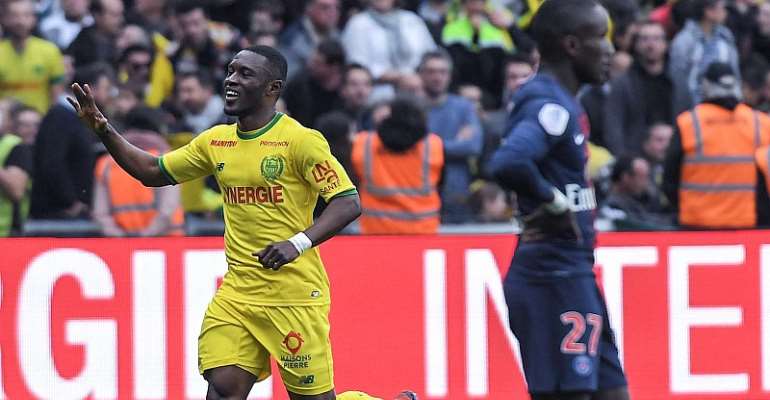 FC Nantes have expressed their interest in signing Majeed Waris from FC Porto.

The French Ligue 1 side did not activate the buyout clause in the contract of the Ghanaian on the deadline of June 1, and so it all seemed they were not interested to keep the striker at Stade de la Beaujoire.

However, the 27-year-old Ghanaian was thus free to return to Porto, who loaned him to Nantes with an option to buy in August last year.

But according to French sports journal, Equipe, the Ligue 1 club met with the player’s representative on Tuesday to negotiate a possible permanent deal.

Nantes are asking for a deal lower than the buyout clause of €6 million but Porto are yet to respond, the paper said.

Saint-Etienne, who finished fourth in the French Ligue 1, have shown interest in Waris.

The former Spartak Moscow, Trabzonspor and Lorient striker scored seven goals for Nantes in all competitions during his loan spell.