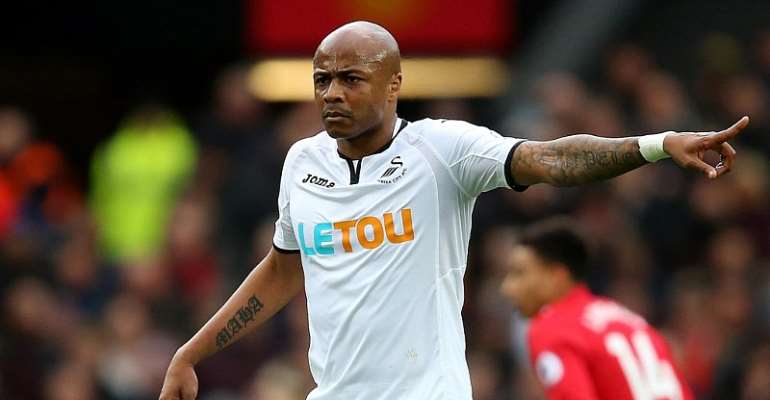 According to the reports in the UK, Aston Villa have expressed their interest in signing Swansea attacker Andre Ayew.

The Ghanaian skipper spent the 2018/19 season on loan at Fenerbahce, where he featured 29 times and scored five times for the Turkish outfit.

Following Aston Villa’s promotion to the Premier League, they are in search of new attackers after striker Tammy Abraham returned to the parent club, Chelsea.

The 28-year-old has been one of several strikers linked with Villa and the 29-year-old has plenty of Premier League experience.

The striker would bring some much needed Premier League experience as Villa look to have a solid top-flight return.

Dean Smith may look to pursue a move for Brentford striker Neal Maupay, who has youth on his side and had a fantastic season at the Bees, but Ayew would be a safe option for Villa.

Andre Ayew will lead the Black Stars to Egypt in the 32nd edition of the Africa Cup of Nations.