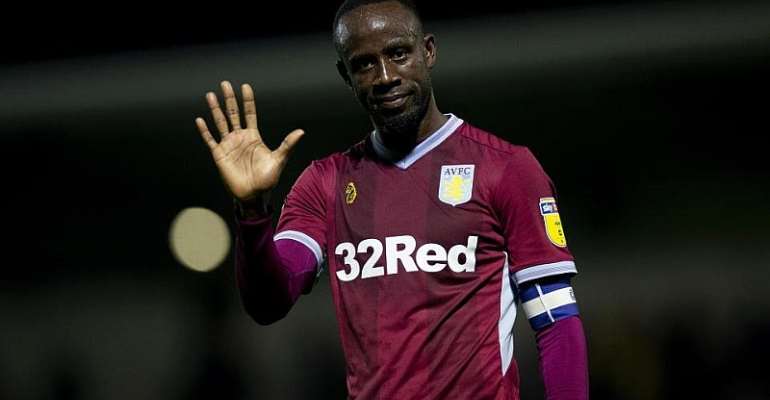 Noel Whelan, a former Leeds United, has called on the English Championship side to sign Albert Adomah.

The Ghanaian midfielder is currently on a hunt for a new club after he was released by Aston Villa after helping them to secure promotion to the Premier League.

Villa reportedly refused to extend his contract which is due to expire in the summer.

However, the former Middlesbrough star made 39 Championship appearances for Villa, started 24 of the games and scored four times – 10 goals less than the previous campaign when he finished the term as the club’s top scorer and Player of the Season.

“We’ve tried to sign him before a few times and we should try again. You need players who can open the door and Adomah has pace and that bit of quality you need.

“He can create havoc with his directness and what a player you can have at your football club.

“I know [club manager] Marcelo Bielsa likes working with younger players but Leeds fell short this season because of that lack of experience and know-how to get across the line.

“Who would get you more goals and assists? Adomah, or Jack Harrison? Adomah would, for me. He’s far better than Harrison. He could be a great free signing.”

Leeds United missed out on securing Premier League promotion at the conclusion of the season after losing to Derby County in the Championship playoff semifinals.

The 31-year-old was part of Ghana’s squad for the 2013 Africa Cup of Nations and the 2014 Fifa World Cup but has been sidelined for June’s continental showpiece in Egypt where the Black Stars have been drawn against Cameroon, Benin and Guinea-Bissau in Group F.