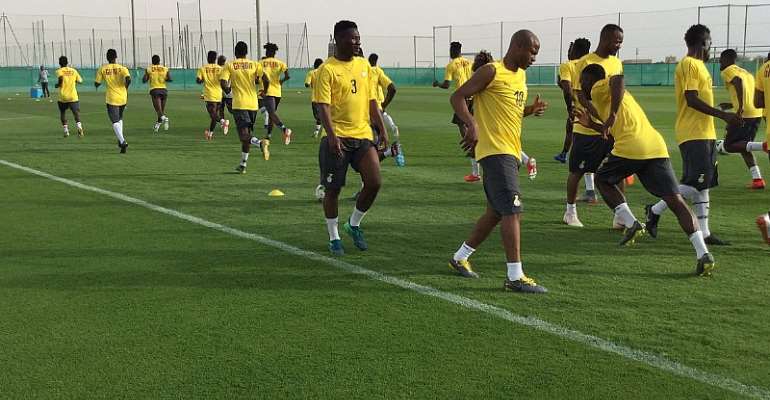 Modernghana can confirm that all players called up for the Black Stars camping have reported to Dubai to give Coach James Kwesi Appiah and his technical team a full house.

The team is on a three weeks training camp in the United Arab Emirates (UAE) where they have selected Dubai to be their base. Having started their training sessions at the Jebel Ali Center of Excellence on Monday, it is understood that the remaining 6 players have now joined the camp.

The latest players to arrive in the camp are goalkeeper Richard Ofori, midfielder Ebenezer Ofori, as well as defender Jonathan Mensah who joined the camp in the last couple of hours.

The training tour in Dubai is to adequately prepare the team for the 2019 Africa Cup of Nations (AFCON) tournament set to be hosted in Egypt later this month.

Whiles in Dubai, the Black Stars will engage Namibia and South Africa in friendly games to test their strength and to sharpen any rough edges they need to before making their way to Egypt on June 20.

The team has been drawn in Group F alongside defending champions Cameroon, Benin and Guinea Bissau. The team will play their first match in the tournament against the Squirrels of Benin on June 25, 2019, at the Ismaili Sports Stadium.