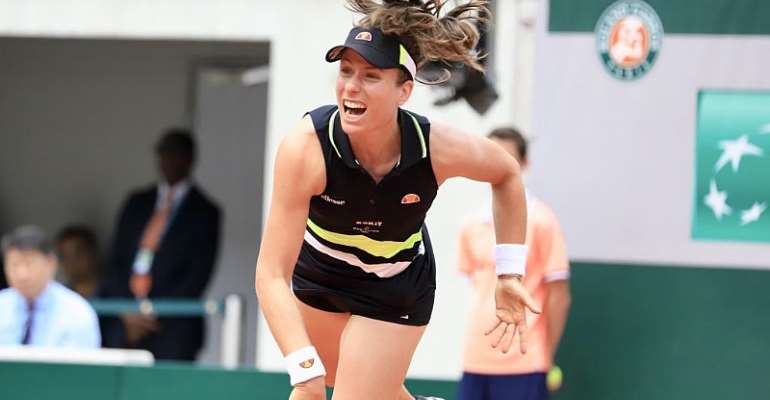 Johanna Konta surged into the semi-final of the French Open on Tuesday with a comprehensive victory over last year's finalist Sloane Stephens. The seventh seed was swept away in only 70 minutes. It finished 6-1, 6-4 to the 26th seed who became the first British woman to reach the last four in Paris since Jo Durie in 1983.

Konta, who had never won a match in her four previous visits to the French Open, broke Stephens to lead 3-1 in the first set. She won the next three games to pocket the set in 39 minutes.

Stephens started the second set disastrously. She lost her opening service game and once Konta held, could not make any inroads on the Briton's serve.

"To play on t he new Philippe Chatrier court for the first time was wonderful especially against one of the world's best players," said Kontaafter her third win in 2019 over Stephens.

"I am super happy because the conditions were so windy and Sloane is the kind of player who can run away with a match.

"So I had to be prepared to keep her on the back foot and control the points.

Konta will face either the unseeded Czech Marketa Vondrousova or the 31st seed Petra Martic for a place in Saturday's final.

Akufo-Addo commences process to remove Anin-Yeboah over $5m ...
25 minutes ago