AFCON 2019: Ghana Has Talent But It Will Not Be Enough To Win AFCON – Dede Ayew 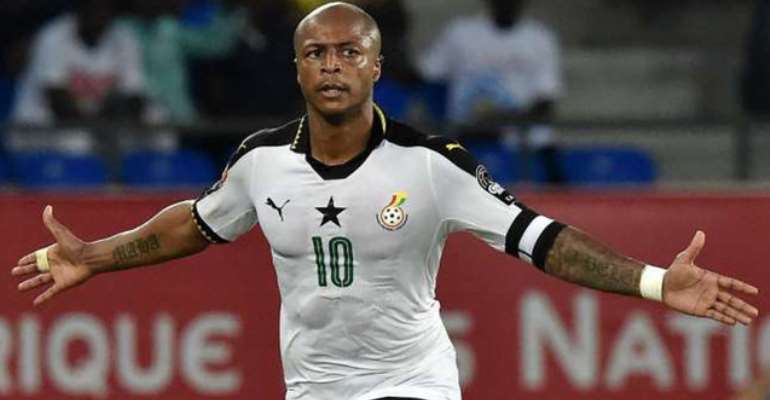 Captain for the Black Stars of Ghana, Andre Dede Ayew has expressed that Ghana has talent in abundance when it comes to football but will need to do more if they are to go all the way to lift this year’s Africa Cup of Nations (AFCON) tournaments et to be hosted in Egypt.

The Stars are chasing a 5th AFCON triumph this year after failing to do in the past 37 years. The last time they conquered Africa was way back in 1982 when they won their 4th title.

Whiles, they are optimistic of breaking the age-old jinx to end their trophy drought, they know it won’t be easy especially now that the competition has been expanded to 24 countries.

Speaking in an interview with Joy FM, Dede Ayew insists the Black Stars will have to work hard and stay united to complete the talented squad they have to have any chance of winning the tournament this year.

“Ghana has great talent but talent doesn’t work or is not enough if you don’t put hard work, Unity, and determination to succeed”

He further explained, “Am not going to say one team just like that but there are about four or five teams which I think are at the same level and can win the cup. So it is all going to be on little details tactically, physically, if we have rested well before after the games if we show how good the body is. So much around the game. It’s not that we just woke up and go on the field and play. That’s not how it’s going to happen”.

The Black Stars are currently holding camp in Dubai where they are expected to spend three weeks before moving to Egypt for the 2019 AFCON. The tournament will start on June 21 and end on June 19.