Jerome's Take: Job For Which Boys? 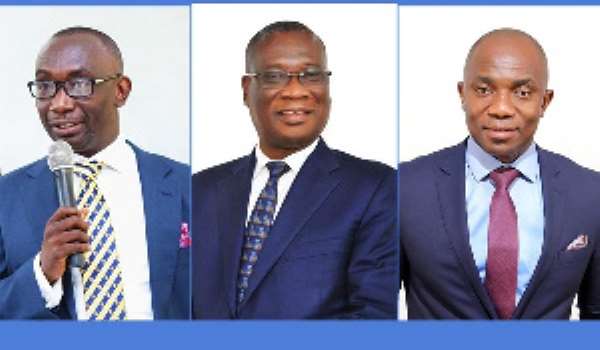 For instance, I saw it late Sunday evening on every football-related WhatsApp group I’m part of. It was no surprise as to why people hurriedly shared that piece of positive news on the beautiful woman.

Lucy, the former Chief Executive Officer of Airtel Ghana and also a charted Electrical and Electronic Engineer, until recently, walked in the corridors of Ghana football. She was on the Dr. Kofi Amoah-led Normalisation Committee, which has been tasked to reform Ghana football.

So, if football commentators were sharing that fine news on her, there was nothing wrong with that. Perhaps, football people, who described her in uncouth language, only because she was one of the two women handed the chance to help ‘fix a problem’ in a man-dominated field, would now know that, she may not have been a ‘football person’ but she has credentials that no right-thinking person will mock.

This uncivilised behaviour of deriding people in our football because we don’t like them must be shirked. It scares decent people away from our ailing game. Today, if we aren’t mindlessly pitching distinguished people in our football against each other, we are generating heat over suspicions and allegations.

It’s unhallowed conduct, which has dangerously crept into our football. The situation worsened with #12. Camps or factions have emerged, making the pitching easy yet very pointless. I’m not politically naïve. It’s just clear that, some of us are allowing petty politics to eat away our mental faculties.

For example, before the news on Lucy Quist made rounds, there was a story about so-called cracks in the backroom staff of the Black Stars. A supposed tug of war was raging over control of media activities of the senior national team; the report stated.

The next moment, the tension was reported to be brewing over Sports Psychologist, Dr. Patrick Ofori, who is the Black Stars’ psychologist for AFCON 2019. This purported tension puts me off. Those behind that story have a problem. They are giving in to heat when they should generate light for the public to see.

The notion that Dr. Ofori was picked merely because of his association with Chairman of the Black Stars Management Committee, Dr. K. K. Sarpong should be dismissed. That job for the ‘boys tag’ is an insult. Do we have to look outside the professional qualifications or the competences of people to explain why they are given certain jobs?

Who’s more qualified than Dr. Patrick Ofori, who is, one of the only two doctors, qualified as of 2019, to practice sports psychology in Ghana. I’ve the privilege of working with him so I know. This is not fiction. It’s factual. In any case, what was the relationship between Dr. Patrick Ofori and the powers that be in 2012, when he worked with the Black Stars? We should respect the professionals in this country.

Apart from working with five Ghanaian football clubs, Dr. Patrick Ofori has over 13 years’ experience in Sports and Exercise Science as a consultant, lecturer and researcher. For those who don’t know, Dr. Patrick Ofori is the founding head of the Department of Sport Science, University of Cape Coast, Ghana.

We say football has evolved. Its administration is no longer for illiterates and rogues but when qualified professionals are also brought in, we belittle them with infantile talk, that has no place in the community of rational thinkers. What people are we?