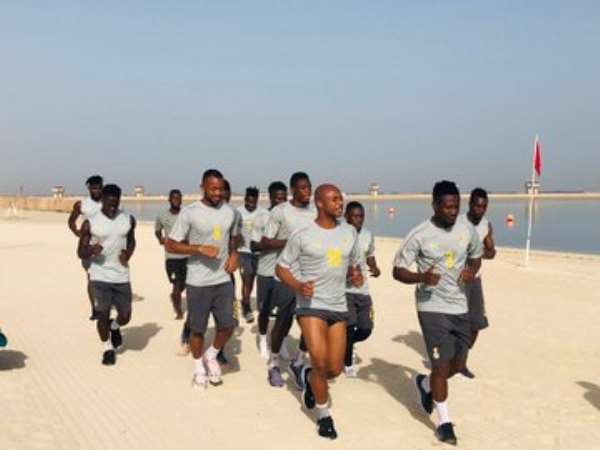 The Black Stars continued their training session on Tuesday morning at the Jeber Ali Training Facility in the United Arab Emirates.

The team officially opened camping with 23 players but Atletico Madrid midfield kingpin is the latest player to join the team at their camping base.

A total number of 24 players was at the beach to train as they gear up for their upcoming friendly matches against South Africa and Namibia.

However, Richard Ofori, Ebenezer Ofori, Afriyie Acquah, Mubarak Wakasu and Jonathan Mensah are all expected to join the team by close of the day.