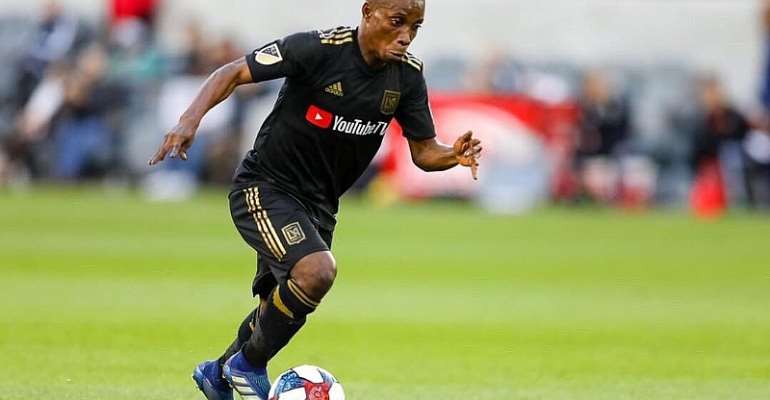 Former Ghana Premier League goal king, Latif Attah Blessing says he will work hard to make his LAFC side a great team after grabbing the winner in his side’s victory over the Portland Timbers on Sunday.

The former Liberty Professionals player registered the winner in LAFC’s 3-2 win against Portland Timbers at the Providence Park.

The 22-year old who was excited by scoring the winner admitted it was a tough game for the Western Conference leaders.

“So far so good,” he said after the game. “We are taking it game by game, it is our dream to win the MLS this season.”

“Bob (Bradley) told us before the game we have to put in more energy and everything we have in the game to win the game but today’s game was very hard but we found a way to win the game and we thank the staff and the players.”

The highly-rated winger scored his second goal on a row, after reverting to a more deep midfield role this season. However, the former Sporting Kansas City player insists he is willing to give his all regardless of his position to make the club a “great team.”

“He (Bob) told me at the beginning of preseason, that I’m going to put you at any position and when I do you have to be ready for it,” he said.

“I think last season he put me at the right wing, and this season he changed it. As a player, you have to be ready for any position so this season I change my position and it’s good for me as a young player.

“So I am going to work hard to make this team a great team.”