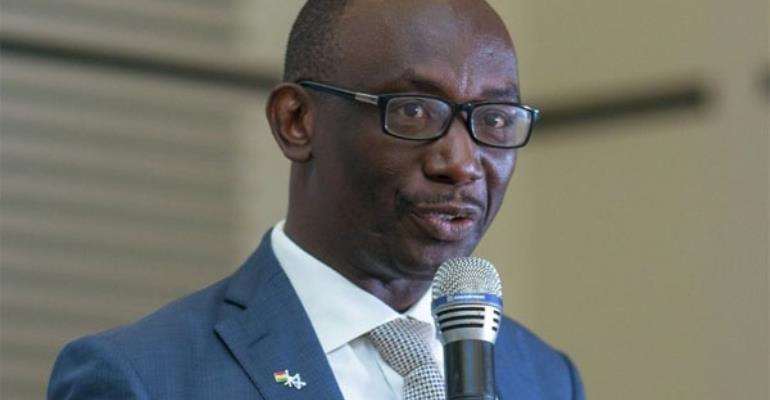 According to Graphic Sports Online, Dr Kwame Baah-Nuakoh has been appointed as the Media Liaison Officer for the Black Stars ahead of the Africa Cup of Nations.

Per reports, a source close to the Normalisation Committee of the Ghana Football Association confirmed the changes on Monday morning.

Dr Kwame Baah-Nuakoh would occupy the position from to the end of the Africa Cup of Nations (AFCON) in Egypt.

According to reports, the Normalization Committee took that decision to ensure effective communication of issues regarding the Black Stars to both the local and foreign media.

The source said to achieve that objective, the NC needed a neutral person, hence the choice of Dr Baah-Nuakoh, who was a former broadcaster and is currently an employee of the Ghana National Petroleum Corporation (GNPC).

The source, however, stressed that the appointment is clearly defined and does not conflict with the role of Dan Kwaku Yeboah, who is still the spokesman of the GFA.

It said the decision was communicated to Dan Kweku Yeboah before the announcement was made.

Currently, both Dan Kweku Yeboah and Dr Baah-Nuakoh are in the Black Stars' training camp in Abu Dhabi.

The first badge of Black Stars contingent left Accra for Abu Dhabi in two batches on Saturday and Sunday and are expected to begin their preparations on Monday.

The Black Stars will play Namibia and South Africa in pre-AFCON friendlies on June 9 and 14 respectively before flying to Egypt on June 20.

Meanwhile, Coach Kwesi Appiah is scheduled to submit his final 23-man squad to CAF on June 11.

Ghana are in Group F alongside Cameroon, Benin and Guinea Bissau.

The four-time African champions will play their first match on June 25 at the Ismailia Sports Stadium.

Anti-LGBT Bill: Let's be careful and not generate intense ha...
59 minutes ago