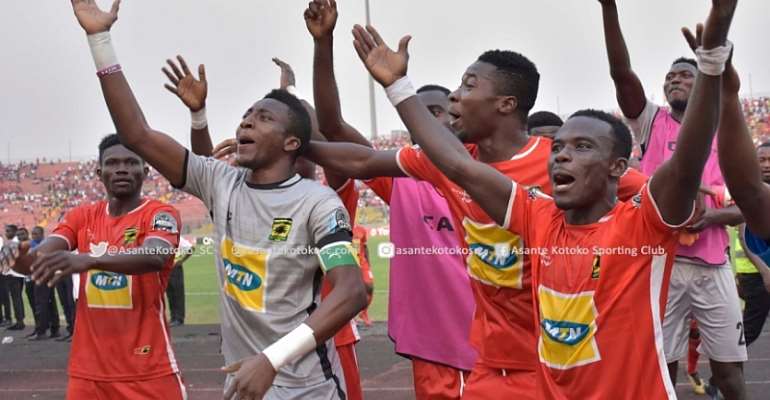 Kumasi Asante Kotoko pulled out from the ongoing Normalization Committee Special Competition from the tier 1 and 2 due to lack of clarity on the competition's format.

The Porcupine Warriors were billed to take on their sworn rivals, Hearts of Oak at the Accra Sports Stadium in a one-off game.

However, the officials of Asante Kotoko wrote to the Normalization Committee that they will only honour the semi-final against Hearts of Oak on either a home and away basis or at a neutral venue but the Committee insisted that the semis of the tier 1 will be played a one-off match.

Hearts finished top of Premier B with Kotoko finishing as runners-up in the Premier B.

The game has been fixed for June 16 with the winner automatically qualifying for the finals to face either Ashanti Gold or Karala United who will also engage each other in the other semi-final game.

Confirming their withdrawal from the competition to Accra based Atinka FM, Accra representative of Asante Kotoko, Nana Kwame Dankwa said, "It's true that we have pulled out of the Normalization Committee Special Competition because the NC is not ready to respond to our letters sent to them."

Asante Kotoko have qualified to the quarters of the tier 2 to face Berekum Arsenals and Hearts of Oak in their semis of the tier 1.