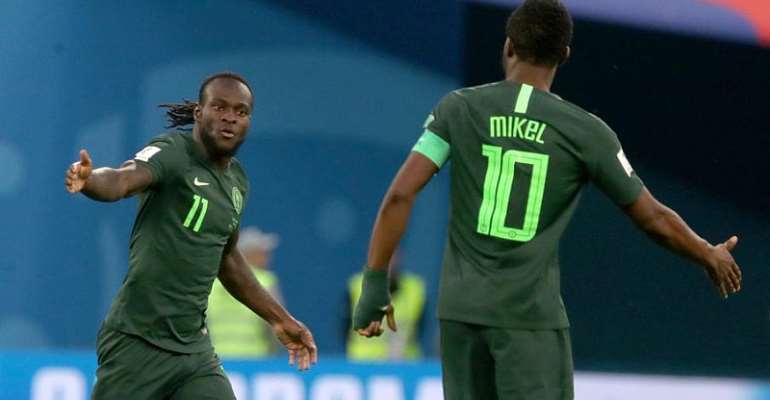 John Obi Mikel, Leon Balogun of Brighton Hove Albion and Levante winger Moses Simon were among the early arrivals on Sunday at Nigeria's training camp for the forthcoming Africa Cup of Nations.

Former Chelsea midfielder Obi Mikel, who last played for his country at last year's World Cup in Russia, is making a comeback to the national team.

The 32-year-old is currently without a club after his short-term deal with English Championship side Middlesbrough ended when they failed to win promotion back to the Premier League.

Other call-ups who have reported for duty are Jamilu Collins from newly-promoted Bundesliga outfit SC Paderborn and Porto's Chidozie Awaziem.

Coach Gernot Rohr has named a 25-man provisional squad for the tournament which he will shave down to a final line-up of 21.

The Super Eagles will face fellow qualifiers Zimbabwe in a friendly on June 8 in Asaba, before they jet out to Egypt the following day.

Three-time African champions will also play another test game against Senegal on June 18 in Ismailia before they open their campaign on June 22 against debutants Burundi in the port city of Alexandria.

The Africa Cup of Nations will be played between June 21 and July 19.