Joshua Gets £20m In Defeat, Ruiz Gets £5m For Winning 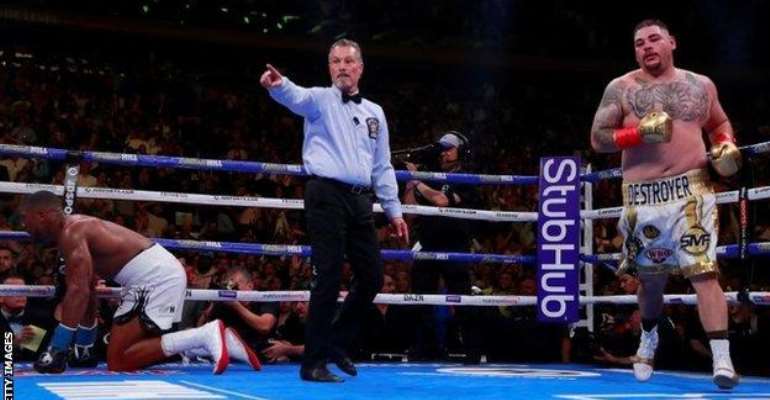 But in defeat Joshua raked in £20million while his opponent Ruiz Jr. only secured £5million for his shock victory at the Madison Square Garden.

The Mexican boxer is now the WBA, IBF and WBO champion, a victory that has thrown the entire heavyweight boxing setup wide open.

The SUN has reported Ruiz although walks home with three titles, he was not even meant to be on the money list on Saturday night.

Ruiz Jr. only took the chance to fight Joshua with five weeks’ notice.

Joshua’s original opponent Jarrell Miller had failed three drugs tests in the build-up to their bout.

The £5million Ruiz Jr. secured on Saturday is his biggest payment in his career.

In 2017 he earned his previous biggest pay of about £770,000 for his defeat by New Zealand’s Joseph Parker.